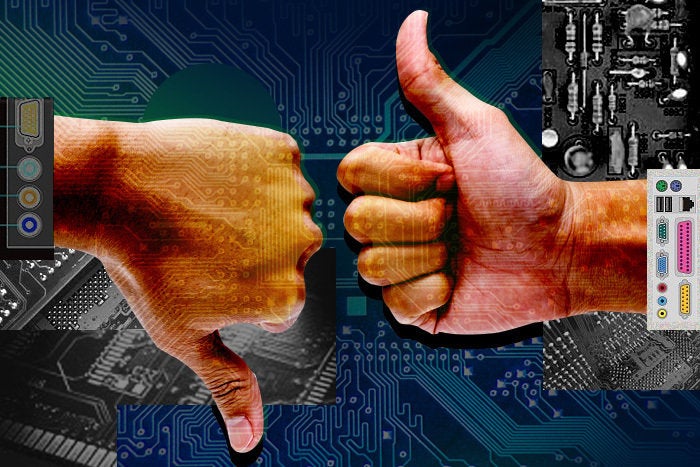 I often go through my old presentations from 2008 and before to review talks about the promise of cloud computing. Keep in mind, I’ve worked in the cloud computing field in one way or another since 1999, and I’ve seen a lot of changes. The most changes are in perception.

In the early days, cloud computing was seen as just another way to consume an application. Those applications (now called software as a service) covered tasks such as salesforce management, accounting, inventory control, etc. Cloud was not really viewed as that revolutionary because this type of app consumption had existed for decades in more primitive forms.

However, the ability to consume remote resources such as storage, compute, databases, and the like—or, perhaps better put, the ability to consume pieces and parts of applications on demand—was new. That was the real headline of cloud computing that led to its inflection point around 2008. That date could fall a bit before or after, depending on your determination of the inflection point.

We’ve now had enough experience with all types of cloud computing that we can better assess where cloud computing succeeded and where it fell short. From where we sit, near the end of 2022, here’s my take.

Security in the cloud is a huge win. Security became better in the cloud than in traditional systems about five years ago, although most of us didn’t notice. This is due largely to the amount of R&D dollars that have poured into cloud security to boost cloud security capabilities. The downside is that most of those innovation dollars came from the security budgets of more traditional installations. Innovation for privately owned data center systems continues to lag in all provider development areas.

The cloud can successfully provide business agility. I always tell my clients that most enterprises moved to cloud for the perceived cost savings but stayed for the agility. Cloud provides businesses with the ability to turn IT on a dime, and enterprises that move fast in today’s more innovative markets (such as retail, healthcare, and finance) find that the speed at which cloud systems can change provides a real force multiplier for the business.

The cloud offers industrial-strength reliability. Most who pushed back on cloud computing argued that we would put all our eggs in a basket that could prove unreliable. That never happened, for the most part. Obviously, there have been outages and they typically made the 24-hour news cycle, but they were not anywhere near the numbers or length that naysayers predicted. The pandemic was really the first stress test of the major cloud providers as many enterprises quickly shifted to the cloud to support remote workers and data centers that were no longer accessible. The cloud providers performed well, with only a few major issues, and thus proved reliable.

If you’re thinking about cloud computing, you should consider how these successes could benefit your enterprise. But first, read on. It’s time to look at what went wrong.

Huge fail on costs. In the early days, almost every provider and burgeoning cloud expert promoted the cloud as a cheaper (or much cheaper) alternative to traditional systems. The businesses that moved to cloud computing anticipated significant cost savings. Those savings never really materialized except for completely new businesses that had no prior investment in IT. In fact, most enterprises looked at their cloud bills with sticker shock. The primary culprit? Enterprises that did not use cloud finops programs to effectively manage cloud costs. Also, cloud providers offered pricing and terms that many enterprises did not understand (and many still don’t).

The abundance of choice has a downside. The ability to use thousands of cloud services from a cloud provider and the ability to leverage even more when going multicloud has led to overcomplexity due to too much heterogeneity. This increases the cost of operations and the likelihood of making some big mistakes. Complexity adds risk and expenses that are huge drags on the cloud progress enterprises want to make.

The rise of cloud computing exacerbated the skills crisis. We can’t lay this problem at the feet of the cloud providers. The rapid shift to cloud led to a shortage of qualified workers that has left many enterprises frozen in place until they get the skills they need on staff. Many people are shifting careers into cloud computing or entering the field for the first time, but the demand for cloud-related skills continues to outpace supply, and there’s no relief in sight.

These are the major good and bad bullet points of cloud computing. For the most part, it’s been a good move and a solid evolution of how we consume technology. With any new technology, there is always an upside and a downside. If your enterprise is at the beginning of its cloud journey, use this information to achieve objectives and avoid obstacles. Those of you well into your cloud journey know what I’m talking about.