With world-class research institutes in artificial intelligence (AI), Sweden keeps up with all the latest ideas – and sometimes even steps out ahead. But blue-sky research doesn’t always lead to practical solutions that can be used by industry. That’s where AI Sweden plays a key role.

An important first step in the development of AI Sweden came when Mikael Ljungblom was working as a political advisor to the Swedish minister for digital development. While travelling to see what other countries were doing, Ljungblom and his colleagues saw that countries such as Japan and China were investing in AI. Given the importance of the technology for competitiveness and societal development, they sensed a need to develop an AI centre in Sweden. That was in 2017.

“I started to speak to different actors in the ecosystem and I met Mats Nordlund, who is now our colleague,” Ljungblom tells Computer Weekly. “He was working in the automotive industry in Gothenburg – and he had the same mission as I did. We locked arms and tried to go about this together. We had great support from Vinnova, which is Sweden’s innovation agency.”

Vinnova provided the base funding for what was to become AI Sweden. Johanna Bergman joined the effort in 2018. She had previously been working on pre-hospital e-health at the Lindholme Science Park in Gothenburg.

“We got this assignment to set up an AI centre in Sweden,” says Bergman. “We started by doing a feasibility study – by soliciting ideas from all actors we could think of. We talked to Swedish industry, with government authorities, municipalities, regions, academia and some international actors, trying to understand what this should be. It was clear we should work on applied AI, not fundamental research. Our assignment was to accelerate applied AI in Sweden.

“In February 2019, we inaugurated the centre, which we called AI Sweden. Partners of all sorts were involved – from startups to corporations, academia to public sector. It was important to have this spread from the beginning.”

Ljungblom is now head of communications and public affairs at AI Sweden. Johanna Bergman is now head of strategic initiatives. She was recently recognised for her achievements by being listed in the Forbes 30 Under 30 for Science & Healthcare in Europe.

“After the inauguration, we immediately started up collaborative AI projects – cross-sector and involving different kinds of organisations – to work on real AI problems,” Bergman tells Computer Weekly. “That has evolved into what we do today. Lindholme Science Park helped us a lot in the beginning and is today one of our host organisations.”

Advantages of a horizontal approach

The fact that AI Sweden operates across sectors makes it different from most AI research centres in other countries. Instead of taking a vertical approach by focusing on one or two industries, AI Sweden has identified a few areas that are important across several sectors.

One such area is edge learning, which is a new paradigm in AI where learning occurs closer to the source of the training data. The models that are built from the learning process on the edge are then aggregated in a central location where they are shared. The data itself is never transferred to the central location, which has the desirable side effect of helping to ensure data privacy.

“After the inauguration, we immediately started up collaborative AI projects to work on real AI problems. That has evolved into what we do today”

This is different from traditional machine learning (ML), where the training is centralised and uses a centralised dataset. AI Sweden has set up an Edge Learning Lab, knowing that partners from different sectors – such as automotive, healthcare and the public sector – need to work with the new paradigm.

The Edge Learning Lab includes a test platform, along with shared resources for developers, data scientists, students and researchers to learn more about various aspects of edge learning. AI Sweden and partners Zenseact, HPE, Volvo Cars and Ericsson launched the lab in Gothenburg on 27 April 2022. The lab will help different people and organisations quickly build a work environment for experiments.

Another horizontal area of focus is the Swedish language. None of the global tech actors care about developing models for a language like Swedish, so AI Sweden decided to take that up itself.

“What we see now are major advancements in the field of language technology and what we call foundational models – huge models that understand natural language and that can generate language,” says Bergman. “Almost every week, some organisation somewhere in the world releases a new language model – these are big language models that can generate text from images and images from text, for example. While we see major advancements with English models, not much work is being done for smaller languages like Swedish.”

To help fill this gap, AI Sweden set up several projects addressing language models for Swedish. Not only is the language lab helping Swedish companies, but it serves as an example for other cultures whose languages are not yet represented in AI models.

The aim of the different projects is to develop a national knowledge hub on natural language understanding (NLU) to help stimulate NLU work on Swedish. AI Sweden addresses language model training, evaluation and deployment. It also works on ethical and security aspects in several ongoing projects around NLU. Swedish authorities and public sector organisations are the main stakeholders and will be able to use the models to summarise texts, and for translation and writing support, among other things.

In addition to edge learning and Swedish natural language processing, AI Sweden also works on a few other horizontal topics, but has not yet set up programmes for them. These include privacy-preserving AI, complex systems, and management and logistics planning. The idea is to find the areas that are relevant for many different sectors.

Networking and collaboration to synergies

“Networking and collaboration are an important part of what we do at AI Sweden,” Ljungblom tells Computer Weekly. “We try to connect people who might have common interests without knowing it. Our horizontal approach allows us to come up with completely new – and sometimes surprising – collaborations.”

One of the more surprising synergies is that some hospitals use models developed by the automotive industry for self-driving cars. They use these same models and techniques to predict how the hospital will function.

“Networking and collaboration are an important part of what we do at AI Sweden. We try to connect people who might have common interests without knowing it. Our horizontal approach allows us to come up with completely new – and sometimes surprising – collaborations”

The approach of AI Sweden is to either take what is already happening in pure research and apply it to industry or take what already works in one domain and apply it to another. Not only is this beneficial for society, but it also helps Swedish organisations remain competitive on a global level. By helping Swedish organisations overcome some of the common challenges, AI Sweden accelerates the use of artificial intelligence and helps companies get ahead of the curve on AI adoption.

When AI Sweden was founded, it wasn’t obvious that it could play a role in helping develop the right AI talent in Sweden. But as it began networking with actors in different industries, it became clear that AI Sweden was uniquely positioned to spot what talents were needed and to develop consolidated programmes that would help develop those skills.

Just last year, AI Sweden started a set of talent programmes. These aim not only to develop specific talents, but also to help develop the right company cultures for AI.

AI Sweden also tries to connect the dots and get the different parts of the ecosystem to work together. One of its aims is to make sure government investment is being spent in the best possible way. It does this by staying abreast of who is working on what and finding synergies to make the most of the funds.

Another way AI Sweden is helping accelerate adoption of AI is by addressing societal challenges. AI changes the way people work and will probably transform industries.

“We’ve found a structured way of doing this,” says Ljungblom. “We use an AI maturity assessment tool that we adapted from the Initiative for Applied Artificial Intelligence in Germany. It’s a great tool that applies a structured approach for benchmarking improvements and identifying what areas to focus on when working with AI. This allows organisations to take the work they are doing to the next level.”

“Finland was quite early in making AI a strategic priority,” says Bergman. “We can gain a lot from collaborating in the Nordics. For example, several Nordic countries have very similar languages, so when it comes to language applications, there is great potential for working together. That’s starting to happen.”

Ljungblom points out that an interesting thing about Sweden is its decentralised government structure, with autonomous regions and municipalities. “Hence, we are forced to find effective ways of working with a lot of different public entities,” he says. “If we compare the EU to the US and China, we are much more diverse and decentralised, with 27 different member states. In a way, this resembles the autonomous structure of Sweden, so we might have something to offer there.”

Two aspects of Swedish culture give it a competitive advantage in AI. One is that it has always been a technologically friendly country, with a population that is quick to become digital and to use digital tools. It also has a good entrepreneurial system with a good ecosystem of startups. At the same time, there are a lot of very large Swedish companies, such as Ericsson, Saab and Ikea, and these companies tend to keep up with technological advances.

The other advantage is that Swedish people are used to collaborating. It’s part of their culture. In technology, they collaborate across sectors – and between industry and academia. This mindset helps with AI, where an ecosystem is needed and where many of the building blocks can be shared across several application domains.

AI Sweden relies on this pervasive attitude of cooperation to help connect the dots. 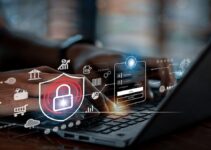 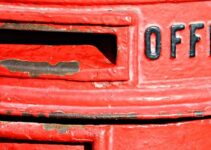 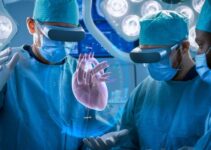