Thanks in large part to the rise of social media, communication has become increasingly visual. We don’t just send blocks of texts to each other — we send videos, memes that combine words and images, emojis and other forms of visual content. Yet to create longer-form content, particularly in a professional setting, people often find themselves creating text-based documents with programs like Microsoft Word or Google Docs.

Now, the Australian-based graphic design platform Canva is rolling out a product to create more documents with more visual elements, called Canva Docs. Rather than having to cut and paste visual content into their document, a user can quickly tap into Canva’s library of more than 100 million videos, GIFs, photos, illustrations and other visual elements. They can also embed other content created in Canva, such as banners or whiteboards.

Canva started about 10 years ago with the aim of making design software more accessible — in other words, making it cheaper and simpler than sophisticated design tools like Adobe Photoshop and Illustrator.

The platform now has about 87 million monthly users, including 10 million paid users. Around 4.7 million users are paying for a seat on a team — and that figure has tripled in just the last 12 months.

Meanwhile, Canva — a private company recently valued at $40 billion —  is just beginning to hit the enterprise market. Canva now has 55,000 paid teams at organizations with more than 500 employees. That includes 241 teams at Amazon alone that are using Canva.

“People are really calling out for new ways to communicate, more effectively and more visually,” Canva co-founder and Chief Product Officer Cameron Adams said to reporters this week. “Bringing the type of content they usually create in their personal lives into the workplace is a massive shift we’ve seen in the past couple of years.”

It’s no surprise, then, that with its newest product, Canva is coming for enterprise giants like Microsoft and Google. In fact, Microsoft is working on its own Canva-like tool called Microsoft Designer, which gives users access to templates for creating visual content.

Canva Docs is part of the Canva Visual Worksuite, “signaling our move beyond being a consumer design tool and bringing it into the workplace,” Adams said.

Canva Docs lets you drag any image, video or other element onto the page, where you can edit them. It also allows for real-time commenting and collaboration. Adams said it’s useful for writing up meeting notes, creating team strategy documents and a range of other use cases.

Canva also offers a whole range of templates for Canva Docs, ranging from templates for mood boards to others for strategy documents. There’s also a “Docs to Decks” feature that lets you turn your document into a presentation with just a few clicks. All of the formatting and design layout happens automatically.

“With whiteboards, we begin taking a content-first approach,” Adams said.

Once again, the tool lets users leverage all of Canva’s content and templates. Users can also access Whiteboard from within a presentation, making it easy to pause a presentation to launch a brainstorming session.

The whiteboards provide an unlimited canvas, so users can drag images anywhere, add as many sticky notes as they need to. There are built-in tools like timers that help people facilitate timing their presentations.

Meanwhile, Canva Presentations has been updated to include a feature called Remote Control. With this feature, any person presenting a set of slides can take control of the slides with their phone — they no longer have to rely on the presentation creator to move to the next slide.

Canva Video is also getting a notable new feature, giving users the ability to remove the background in a video with one click. 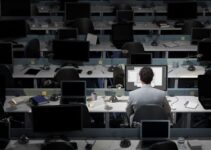 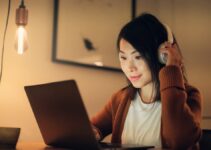 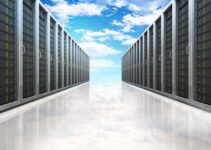