The newly appointed chancellor of the Exchequer, Kwasi Kwarteng, is due to deliver his first fiscal statement, or mini-Budget, on Friday 23 September.

At the time of writing, the financial analyst community is predicting the event will see Kwarteng announce a series of tax cuts that will total tens of millions of pounds to boost the economy and mitigate the impact the cost of living crisis is having on households and businesses.

Meanwhile, the contracting community is sharing its thoughts on what they would like to see announced on Friday, with various stakeholders of the view that – with a new prime minister in place – now is the time for the wrongs of previous governments to be put right when it comes to the treatment of contractors and the self-employed.

“The Prime Minister has an opportunity to set the tone and start as she means to go on,” said Seb Maley, CEO of IR35 compliance specialist and tax insurance provider Qdos. “Make no mistake, in recent years, freelancers, contractors and the wider self-employed population have been let down by governments and hit with a raft of short-sighted tax changes.

Similarly, Julia Kermode, founder of independent worker consultancy, IWork, said the mini-budget represents an opportunity for the government to show that it understands and appreciates the important role contractors play in keeping the economy afloat.

“The government must remember that the very smallest businesses are self-employed individuals – one-person businesses – who need support as they battle with the double-whammy of the cost of living crisis, which many are struggling with, both on a personal and business level,” she said.

“The Chancellor mustn’t forget that self-employed workers have just emerged from a pandemic, during which millions received no financial help from the government. Now, after years of unprecedented challenges, these vital businesses find themselves up against soaring inflation and many may not have the cash reserves to draw on to stay afloat.”

Kermode added: “Above all else, in this mini-Budget, the government needs to recognise just how important the self-employed are to the economy and back up words of support with action.”

One area that contracting market stakeholders are hoping to see some more detail on during Friday’s address is prime minister Liz Truss’s pre-election pledge to review the IR35 tax avoidance reforms.

“Liz Truss has vowed to review IR35 – something which we hope the new chancellor will shed light on in the mini-Budget. Although, I should stress, that yet another review which amounts to nothing simply won’t cut it,” said Maley.

“The hopes of many freelancers and contractors will be resting on Liz Truss to deliver on her promises to cut and rethink the taxes that continue to pose a considerable threat to this vital sector of the labour market.”

Dave Chaplin, CEO of contracting authority ContractorCalculator, said the way the reforms work makes it difficult for private and public sector organisations to engage contractors, which – in turn – is having a stifling effect on the freelance economy.

“If the government wants growth, then it needs to make it easy to hire the self-employed and engage with smaller niche businesses,” he said. “And that means delivering certainty of outcomes for engagers, on matters of both rights and tax.”

The IR35 rules have been subject to reform in both the public and private sector in recent years, with the changes shifting responsibility from contractors to the end-user organisations that hire them for determining whether contractors’ engagements are in scope of the legislation or not.

This shift in responsibility has led to accusations of contractors being subject to blanket assessments, whereby risk-averse end-user organisations declare all of the contractors they work with to be operating “inside IR35”, which means those individuals are considered to be employees for tax purposes.

Some organisations have opted out of hiring contractors altogether out of concern that any mistakes made during the employment status determination process could land them with a hefty tax bill, as has been the case for several high-profile public sector departments.

Receiving an inside-IR35 determination means these individuals are expected to pay employment taxes and make the same National Insurance contributions as a permanent employee would, while they remain ineligible to receive workplace benefits such as paid sick leave or holiday entitlement.

The situation has prompted cross-party MPs to raise concerns about how the IR35 reforms are contributing to the creation of a “zero-rights workforce” in the UK, while also – potentially – having a dampening impact on the activity of the UK’s flexible workforce.

“At the moment, the employment status issue is a mess, both for rights and tax, leaving hiring firms fearful of engaging with freelancers because it might mean a business-destroying bill many years later,” said Chaplin.

“The much-promised IR35 review needs to happen immediately, and action needs to be taken because, at the moment, the uncertainty it’s injected into the commercial market is damaging.”

That is a view shared by Romy Hughes, a director at private and public sector digital transformation consultancy Brightman.

She told Computer Weekly in June 2022 about how headlines about government departments being hit with multi-million pound tax bills for IR35 assessment errors had prompted many public sector organisations to stop engaging with tech-focused SMEs out of fear of befalling a similar fate.

As detailed in the article, it is claimed that some government departments have tweaked their hiring policies and are enforcing bans on the use of consultancies whose directors are actively involved in the delivery of the service their companies provide so they do not have to carry out IR35 status determinations for these engagements.

For this reason, Hughes said she would like to see the government address the “ambiguity” of how the public sector assesses SME suppliers like hers in the context of IR35.

“As we [previously] warned, this situation has resulted in the public sector automatically banning SMEs from their supply chain to save on the cost/time of assessing them properly,” said Hughes. “This is unfair to SME suppliers who have been precluded without good reason, and bad for the public sector, which is left overpaying for consultants who have a vested interest in maintaining the status quo.”

Other contracting market stakeholders are hoping to see cuts in corporation tax and a reversal of the National Insurance hike overseen by previous chancellor Rishi Sunak earlier this year, to help relieve some of the onerous financial pressure contractors, and the companies who engage them, are experiencing.

Among them is Crawford Temple, CEO of independent assessor of payment intermediary compliance company Professional Passport, whose organisation provides accreditation to umbrella companies.

“With soaring energy prices and the cost of food increases, as well as instability in the private rental sector, people are facing worrying times,” he said. “They need their financial pressures to be alleviated.

“Cutting corporation taxes, quashing the planned hike in National Insurance that was announced by the former chancellor earlier in the year and cancelling the social care levy that is due to come in next April – which would have an onerous impact on recruiters and their businesses – would all help to ease economic pressures.”

There is also concern that without urgent intervention, the cost of living crisis might tempt some contractors into joining non-compliant umbrella companies that effectively act as fronts for disguised remuneration schemes that allow them to artificially minimise how much tax they pay on their earnings.

These schemes typically see contractors receive payment for the work they do in the form of non-taxable loans to bolster their take-home pay while artificially minimising their employment tax liabilities.

In recent years, the government has sought to recoup the tax it claims participants in these schemes avoided paying through its controversial Loan Charge policy. Furthermore, there have also been reports of these loans being sold on to other parties, and contractors then receiving a demand to pay them back in full.

“Unless people receive some help as a matter of urgency, I anticipate that some workers will be tempted to sign up to disguised remuneration schemes that promise more take-home pay,” said Temple. “Such schemes should be avoided at all costs.

“The off-payroll legislation and the cost of living crisis have created the perfect storm for such schemes to thrive and thrust innocent victims into more financial hardship.”

As previously reported by Computer Weekly, introducing statutory regulation for umbrella companies is often cited as a way of clamping down on the proliferation of disguised remuneration schemes, but – despite repeated calls for the government to push this through – little progress has been made on this front.

Fred Dures, founder of umbrella payroll software provider PayePass, is all for regulating the sector. In the interim, though, he is of the view that the mini-Budget should be used to allocate more funding to enforcement bodies, such as the Employment Agencies Standards Inspectorate, which is tasked with protecting the rights of employment agencies workers.

“If the mini-Budget was to announce additional funding for the short-staffed Employment Agencies Standards Inspectorate – which forms part of the department for Business, Energy and Industrial Strategy – it could make a big difference,” he said. “As would minor amendments to the Conduct of Employment Agencies and Employment Business Regulations 2003, which would go a long way in preventing tax avoidance schemes from operating and, in turn, protect temporary workers and the wider supply chain.” 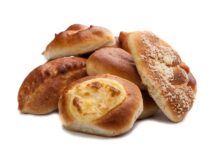 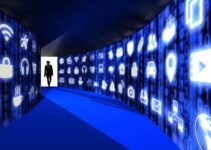 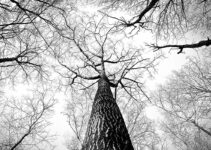