President Joe Biden is earmarking $900 million to expand the network of electric vehicle charging stations across the country. The president stressed his commitment to helping the EV market grow in the United States in a speech Thursday at the North American International Auto Show, otherwise known as the Detroit Auto Show.

“Whether you’re driving coast to coast along I-10 or on I-75 here in Michigan, charging stations will be up and easy to find as gas stations are now,” Biden said.

The $900 million will be coming from the Bipartisan Infrastructure Law, which invests $7.5 billion to build a national network of 500,000 EV chargers across 35 states.

The Bipartisan Infrastructure Law also invests more than $7 billion to ensure domestic manufacturers have the critical minerals and other components necessary to make batteries and over $10 billion for clean transit and school buses, according to a White House post.

In addition, the Inflation Reduction Act and CHIPS and Science Act will help boost the growth of EV manufacturing in the US.

The Inflation Reduction Act, which was signed into law on August 16, includes changes to the EV federal tax break which make it possible for new electric car owners to receive a tax credit of up to $7,500 beginning January 2023.

“I signed into law the Inflation Reduction Act. It gives tax credits to new electric vehicles made in America. For the first time you get a tax credit if you buy a used electric vehicle, that’s all coming,” Biden said at the auto show.

The CHIPS and Science Act invests in research and development necessary for building the domestic capacity for the semiconductors used in electric vehicles.

Biden’s commitment to expanding EV availability and production in the US is part of his goal to “to create jobs, make more in America, and fight climate change while advancing environmental justice,” according to the White House post.

There have been investments in the private sector to expand charging stations as well. Tesla is currently working to expand its network globally. Supercharger expansion in the US is also underway.

“Tesla is making investments at its Gigafactory in Buffalo, New York, to support the deployment of new fast-charging stations to add to its fast-charging network,” according to a June White House memo.

The memo also said that Tesla would be working on expanding its Supercharger technology to drivers of non-Tesla EVs in North America. 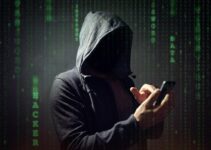 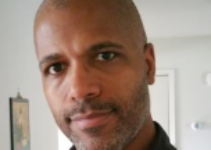 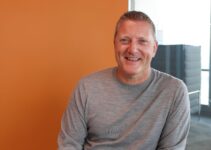