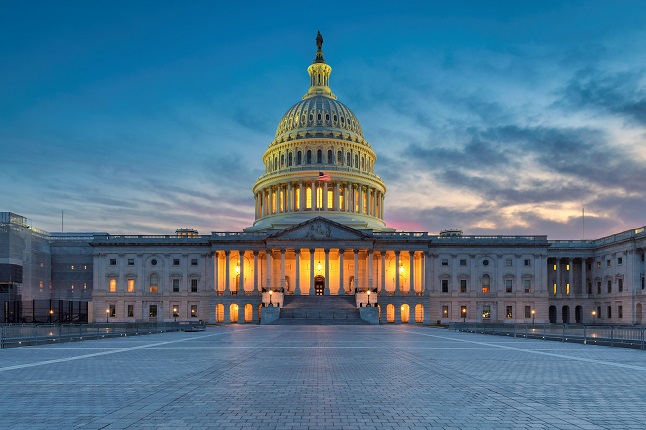 As Taiwan welcomed US Speaker of the House Nancy Pelosi at the beginning of the month, a series of DDoS attacks struck a number of Taiwanese government websites, including the defense ministry and Taoyuan International Airport. The government rolled with the blow and was back in operation the same day. According to POLITICO, the attacks were not sophisticated enough to be the work of Chinese security forces; rather they’re likely the work of “patriotic hackers,” in the words of the Center for Strategic and International Studies’ James Lewis — Chinese civilians acting in the name of their outraged country.

None of this is confirmed, but China’s belligerent reaction to Pelosi’s visit, from fulminations on social media to naval exercises, suggests a Chinese source for the hacks. Hacking, as a geopolitical tactic, is always murky, and the lines between intelligence services, legitimate businesses, well-meaning stooges, and outright criminals are often hard to trace. But 2022 has seen a sharp rise in the importance of the cyber volunteer: politically motivated amateurs fighting for a cause. The Ukrainian government recruited hundreds of thousands of them in February and March, as Foreign Policy reported. In China, evidently, they don’t need a formal invitation.

Tensions between the US and China over Taiwan have serious implications for the tech industry. Biden’s CHIPS Bill, which passed into law in July, can’t ramp up production of semiconductors fast enough to end American dependence on the Taiwan Semiconductor Manufacturing Company. Pelosi, notably, met with TSMC’s CEO, Mark Liu, on her visit.

Domestically, the Biden administration has talked endlessly about securing supply chains from future wars and pandemics by backsourcing manufacturing. It is one side of a coin whose other face is the transition to a carbon-neutral economy. But a report in the New York Times casts doubt on whether Biden can really pull off both feats. The recently passed Inflation Reduction Act offers federal tax credits for electric car makers, but the standards are so stringent that only Tesla and GM, with their huge budgets, can possibly claim them. By 2024, 50% of the components of each car will have to be made in a NAFTA country; by 2028 it will rise to 100%. The minerals used in battery production have similar restrictions. Moreover, the credits will only apply to the production of sedans that sell for under $55,000, and bigger vehicles (trucks, SUVs, etc.) under $80,000. A 2022 Tesla Model S costs about $105,000. For whom are these tax credits, then? Also, if Chinese state battery producer CATL opens plants in the US, as it has publicly considered, will those batteries count as domestic products?

This month, the New York Times investigated the question of internet access in occupied parts of Ukraine. Russian security services have closed cell and broadband networks on the ground, often at gunpoint. Access to social media, from Facebook to YouTube, is another casualty. They are rerouting internet connections through Russia, says the Times, in an effort to control inbound and outbound information. Some Ukrainians report having to buy a new, Russian SIM card for their phone, and to let an armed soldier copy their passport to get it — a sign that the Russians see individual internet use as a serious security concern.

By June, over four months into the war, about 15% of Ukraine’s internet infrastructure had been damaged beyond use by bombardment or the accidents of war. Well over 10% of cell towers are currently out of service.

Staying with this dreary theme, two enormous digital markets in South Asia, India, and Indonesia, joined Myanmar, Vietnam, and other neighbors in floating online censorship bills this month. India withdrew its bill under accusations (like this in Bloomberg) that this was an authoritarian abuse. But in Indonesia, the government can now demand that any platform remove online speech. Ostensibly this is a question of data privacy and law enforcement, targeting sexual trafficking and terrorist recruitment.

But this is an opaque process, without a guarantee of freedom of expression or political criticism. (It’s interesting that the New York Times, in condemning this censorship, hastens to assure readers that similar measures taken against the “misinformation” would be legitimate. That could well be true, but a mirror might be in order here.) As Reuters reported, Jakarta blocked Yahoo!, PayPal, and several gaming platforms almost immediately for noncompliance with the new regime. Meta, Amazon, and the other tech giants have not resisted.

Europe Invaded from the West

For all that they were mild and submissive in Indonesia, Big Tech’s firms are gearing up for battle in the European Union, where the Von Der Leyen Commission has decided against them in case after case, as POLITICO reports. The casus belli is the Digital Markets Act, a massive bill (awaiting signature) with every kind of data privacy, consumer protection, and antitrust requirement that the likes of Amazon, Apple, Microsoft, and Meta despise.

The DMA is unlikely to take effect before next year, but tensions are already high. Brussels insider Damien Geradin told POLITICO to expect one of three approaches from each warring company: acceptance, outright hostility, and negotiation. It’s unclear who will act how, but given the Commission’s recent bad luck in court, particularly against Apple, Silicon Valley may sense weakness and opt for aggression.

Every issue of Citizen Tech addresses the European Commission’s endless war with Big Tech, and for good reason. The EU is the world’s leader in digital regulation. If the DMA fails completely, and Big Tech wins the war, these stories could well cease.

Here’s a small story that looks trivial but hints at something bigger. Amid general “unrest” among staff, Noah Phillips, a commissioner at the US Federal Trade Commission, resigned this month. Phillips is a Republican, and his resignation is partly a protest against Lina Khan, FTC chair, whom he accused of unfairly shutting out Republican voices in decision making. Khan has cast a cold eye on Big Tech during her tenure, characterized by a strong antitrust stance.

One of the voices who will decide Phillips’ replacement will be Sen. Ted Cruz (R-Texas), who according to POLITICO is skeptical both of Khan’s enthusiasm for competition law and Big Tech’s hostility toward conservative speech on platforms like Twitter. The new commissioner will have to satisfy at least one of those criteria. This is a little star; the SEC’s drama with Twitter and Elon Musk is another; an interesting constellation is forming in the information economy. Keep your eye on it.

Portuguese foreign policy writer Bruno Maçaes compared semiconductors to the magic ring in Richard Wagner’s Ring Cycle on his Substack: “The Ring of the Nibelung is the story of a magic ring granting its possessor the power to rule the world. It is never very clear what this power consists of, but that may well be because only those who use it can truly have access to its secrets and modus operandi. The ring is forged from gold from the Rhine river and quickly becomes the object of intense rivalry between the great powers: the Nibelungs, the Gods, the Giants, and Mortals … What is a semiconductor? It is, like the ring, a simulator. By reproducing at the atomic level the very processes by which the physical world works as it does, it allows us to create new artificial worlds.”

No word yet when he’ll finish the libretto.