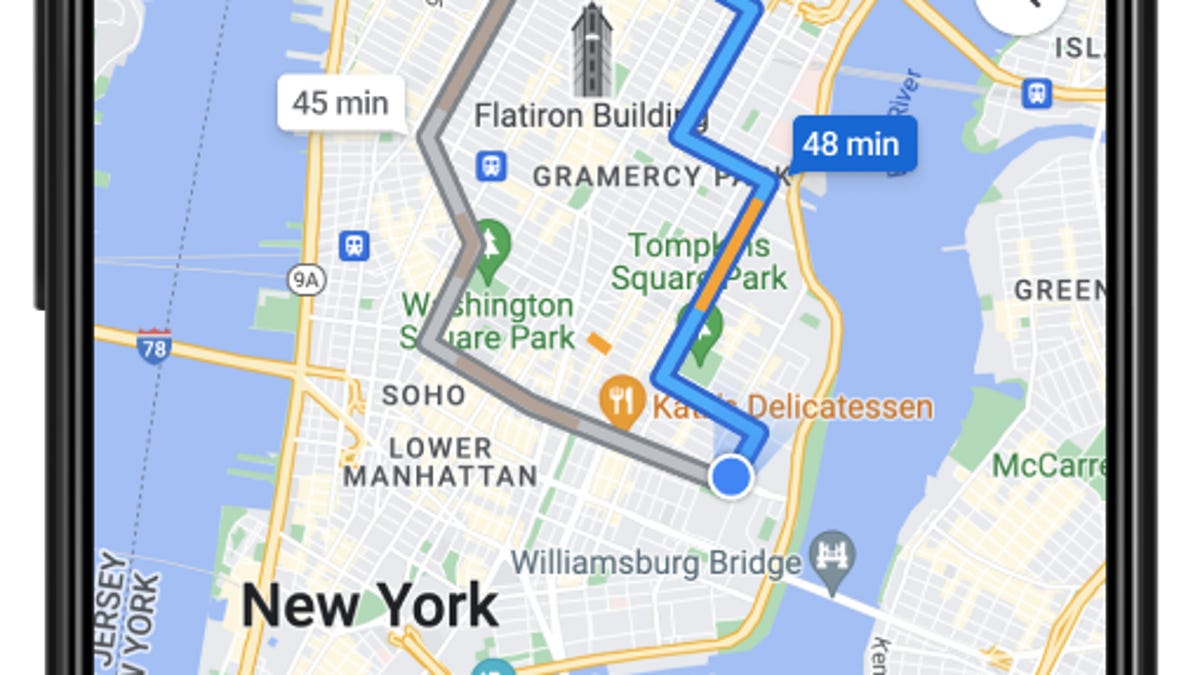 A year after introducing eco-friendly routing to Google Maps, Google on Wednesday announced that it’s opening up the capability on the Google Maps Platform for developers. That means other businesses that use Google Maps to find routes for their drivers — such as ridesharing companies or delivery companies — will be able to use eco-routing within their own apps for their own user base, thus saving them money on fuel.

“It’s also a way to help extend the reach of the sustainability benefit of this product, beyond what those using Google Maps can, to the developer community,” Chris Phillips, head of GEO for Google, said to reporters ahead of Google’s Search On event.

Eco-friendly routing was launched in Maps last year in the US and Canada. The feature gives drivers routes that may not necessarily be the shortest path from Point A to Point B but that should result in the least amount of carbon emissions.

Back in May, Google said people have already used it for traveling 86 billion miles. That has saved an estimated half a million metric tons of carbon emissions — the equivalent of taking 100,000 cars off the road.

Earlier this year, Google added eco-friendly routing options to Google Flights, giving users carbon estimates next to other information on flights, like price and schedule.

The eco-friendly routing capability will be available to developers who use the Maps mobility offering, the Google Maps Platform. The plan is to make it available via the free tier of the platform. It should be available in a preview state by the end of the year.