How To Create and Use Multiple Social Media Accounts

Instagram now allows 5 different accounts to be held by the same person, and Facebook is reportedly looking into allowing something similar. Owning multiple accounts comes with a number of benefits, and a host of problems though.

Many of these accounts may have been genuine but were deemed to be duplicate personal or business accounts. So how can you have several accounts, and manage them?

Why would you want multiple social media accounts?

When it comes to personal social media accounts, these are often made due to one being compromised, or because someone wants to avoid certain people from their past. For businesses, the advantages of having multiple accounts are varied.

A quarter of TikTok’s worldwide audience is female and aged between 18 and 24. Whereas 41% of Facebook’s users are over the age of 45. For marketers, this determines how they will promote certain products and services on different social networking platforms.

There are also reasons to have multiple accounts on the same platform.

If your business has a range of services, then it may make sense to have separate social media accounts on the same platform for these areas. There can be benefits to customer service, but there can also be confusion if a consumer is unable to find the relevant account for their query.

Having accounts across different social media channels helps with communicating with carried demographics.

You may wish to gather data from different social media platforms by scraping. This task can be conducted manually, or more likely through automation.. This task can require numerous accounts to mine useful consumer data.

Multiple Instagram accounts can be used to help boost organic growth for one particular product line, or you can separate different geographic areas of your business. For example, you may wish to tell a story or promote one line to one particular region.

Managing different accounts though often requires some kind of automation tool. Understanding how to automate Instagram activity without getting restricted is vital, as is how to open multiple accounts without being blocked.

Can you get blocked for using multiple accounts?

The straightforward truth is that your accounts could be blocked if they appear suspicious. This could mean that the same IP address is showing up for multiple accounts, or the use of bots has been detected.

Instagram is only the fourth most popular social media platform, but it is very important to brands and influencers. Instagram adverts reach 18.7% of the total population, and the platform is an essential marketing tool today.

However, it is estimated that there are around 95 million bots on Instagram, which equates to around 10% of all accounts. So, the platform sets out to delete any fake accounts.

Yet, there are ways to have multiple accounts and remain undetected.

How to create and manage numerous social media accounts

Instagram has now generously allowed its users to open 5 separate accounts, but for some, this is still not enough. Other platforms are sticking to the one-account rule.

To bypass this, you can use some tools to mask your IP and your location. VPNs are frequently used to scramble a user’s IP, and they are a handy security tool for everyday browsing.

Nevertheless, they aren’t always practical for fooling websites into allowing multiple accounts to be opened. A more reliable way of managing multiple social media accounts is to use USA residential proxies for genuine IP addresses.

Nevertheless, having residential proxies available means that multiple accounts can be opened with different IPs. They can all be based in the US in different cities, or they could be assigned to countries across the world.

What are the problems with managing numerous social media accounts?

If this seems unlikely, stop and take a look at your mobile device. How many of the platforms below do you have:

And the list goes on. Add in a dating platform or two, and maybe a couchsurfing app even, and you’ve likely got more social networking platforms than you realized.

The biggest problem with having multiple accounts is having the time to manage them all. For the average user, this isn’t a huge problem, but for a business, it means hiring a social media manager, a team to work with them, and possibly automation tools.

Tools for automation tasks such as audience engagement, or VPNs for enhancing the security of social media accounts, can backfire. Instagram frowns on automation tools, so care needs to be taken so that they don’t infringe on terms of service.

Growing audiences is also a major issue with social media accounts. And while this should be done organically, many attempt to cut corners and use bots and fake accounts.

Around 60% of Americans are using some form of social media, and generally, their audience will be made up of friends, family, acquaintances, and colleagues. There will be random Facebook friends, and people that they met while out one night too.

Businesses look to grow audiences that will add value to their brand. They require engagement and organic growth. Residential proxies can help businesses set up multiple social media accounts that target different audiences.

The proxy lowers the chance of any of the accounts being removed, and you can also add accounts from different regions. By using a proxy you can select any region you wish your account to be associated with. This can let your brand reach a wider audience, and see improved growth.

A residential proxy can also help those users or brands that are located in regions where social media is restricted or blocked.

Having multiple social media accounts sounds like a headache for many, but for brands, it can be a tool to reach a much wider audience and test products and services in different regions.

Departments can operate through different accounts. And the corporate entity can be kept separate from the public persona.

THough some social networking platforms are starting to allow multiple accounts, most are not. The safest way to remain undetected while registering and using multiple accounts is through a clean IP. Once you have your new accounts, you might need to find some effective automation tools to help manage them all. 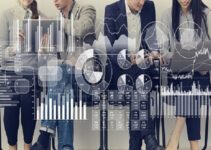 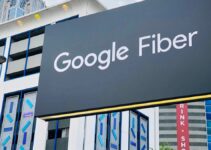 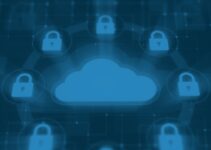