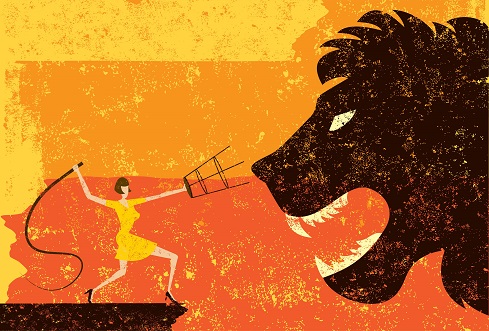 Software installations can be relatively straightforward — or they can get complicated.

Complication occurs when a new software installation or release significantly changes the way that the software interacts with the underlying IT infrastructure or co-existing applications; or when features and functions noticeably change for IT and end users. In other cases, vendors foist new changes on clients that are unanticipated.

What steps can IT take to ensure a smoother path for software installations and upgrades? Here are three suggestions:

1. Research and plan for impact to IT and end users

Software vendors forward lists of changes and additions for each new release of software that they provide. In some cases, features and functions that are heavily used by users are discontinued. These software upgrade lists should be carefully reviewed and assessed for impact to existing applications and IT infrastructure, and end users.

Commonly, IT assesses the impacts of new software releases on IT applications and infrastructure, but not always on end users.

End-user impact should be included in impact assessments, especially if there is a significant change or update to an existing feature or function that users use.

A prime example over the past 10 years has been vendor movement away from green-screen, text-based data entry to fill-in web design user entry templates. In many cases, users accustomed to rapid green-screen data entry were disappointed when they were forced to use newly designed web-like fill-in screens that slowed down the data entry process.

The bottom line for IT is to assess end-user impact as well as IT impact. IT should communicate the likely changes to workflows, features, and functionality to end users well in advance of any software upgrade or installation so users can be mentally prepared for them. Significant changes in software features, functions, and workflows might also signal a need for user training or re-training in advance of executing an upgrade.

Most companies use cloud-based applications produced by third-party vendors.

One of the attractive features that cloud application vendors tout is that their clients no longer have to wait for the next major software release to start using a desired new function or feature. This is because many third-party cloud vendors now automatically upgrade their software 365/24/7, installing new functions and features as soon as they become available.

While this is a bonus for companies because they no longer have to wait for the next software release to get functionality that they want, it can also be disruptive.

What if your company doesn’t want a particular new feature or function that the vendor automatically installs? Or what if your business users (or IT) feel that other changes in your business workflows need to be made before you can use a new feature?

In many cases, vendors offer their clients the ability to remain on a prior version of software, or to turn off a new feature or function if the client doesn’t want to activate it.

In your negotiations with cloud software vendors, this is an important box to check off on your RFP list. Does the vendor give you the flexibility to accept or reject a new software change if that is the best thing to do for your company?

3. Have a fail-safe strategy

Merriam-Webster defines fail-safe as incorporating some feature for automatically counteracting the effect of an anticipated possible source of failure.

Because of the impact to IT infrastructure and end-user business operations, software installations and upgrades all have the potential to fail.

In one case, a company made the decision to upgrade its corporate database to the latest version. The problem was, the company was running a version of the database that it had customized, and that was over five years old. As a result, there was a high risk of disruption that was likely to occur — and that did occur — during installation.

To counter the effect of the disruption on both IT and end users, IT assembled a “SWAT team” that was on call 24/7 during and after the installation of the database release. Business users were communicated with in advance of the cutover and asked to prepare for possible disruptions to business operations.

There were several major interruptions to operations that occurred, but because users were given a heads-up and IT had a SWAT team ready to fix the problems, the company managed its way through the new installation with minimal impact.

The keys to any new software installation or upgrade are preparation and communication.

There is no way that you can predict every possible upgrade or installation glitch, but there are ways to train, mentally prepare, anticipate, and solve them.

Why It’s So Hard to Accurately Predict IT Trends