We’re all creating the future every day, especially in technology, but where’s it all going? The biggest influence on change for the future as I look out 28 years to the year 2050 is artificial intelligence. While AI is already changing our world, it’s really only just begun. Here’s my vision of what life might be like in 2050, but first I’ll start with some of the key indicators of today that shape that vision.

Look at how far we’ve come since the year 2000 due to computing. At the turn of the century, those were the early days of (very expensive) personal computers, the early days of the internet (on dial-up), VHS tapes (Blockbuster), overhead projectors, ground lines, CDs, floppies, fold out maps, newspapers, Y2K worries, and the Yellow Pages. Change has been rising since then and it would be hard to imagine the pace not accelerating in the next 28 years.

Today, AI is painting artwork, making music, completely changing how movies are made, preparing food and forging recipes for spices, whiskey, seeds, and everything that could be done an innumerable number of ways. Deep fakes are lifelike and could easily disrupt world events. AI-based robots can read text, charts, and faces/emotions better than humans. Robots are permeating all aspects of manufacturing and are beginning to become companions to the elderly, infirmed, lonely, or really anyone. At least one robot (Sophia) has attained citizenship.

Lest we think we’ll always be programming AI the way we do today, Google’s new AI designs AI better than humans and AI is learning how to create itself. Expect change!

Here are some items about the future with the caveats that nobody really knows and there are innumerable macro factors that could limit, or at least bend the arc, of the advances. These include some real downers like world war, widespread natural disasters, deadly global pandemic, and totalitarianism. There’s also the possible higher realization and acceptance of the shortage of ozone, oil, or water. Finally, it’s worth mentioning that the benefits will most likely be unevenly distributed.

We’re moving from a system of generalized healthcare based on some of your high-level identifiers like age, race, and BMI. We’re moving to a world of personalized medicine based on your sequence genome. It’s all there. It’s who you are. Once you, and millions of others for algorithm training, are sequenced, then healthcare will be predictive.

Your propensities will be on full display in your DNA — analyzed, and potentially quite altered, pre-birth. It will be impossible to become a professional athlete, musician, or numerous other high skill positions in 2050 without altered DNA. We already have genetically edited babies, a trend that could be quite pronounced by 2050.

AI will treat, and largely eliminate, neurological disorders like Alzheimer’s, Parkinson’s, most birth defects, and spinal cord injuries as well as blindness and deafness. By 2050 robotic prosthetics may be stronger and more advanced than our own biological ones and they will be controlled by our minds.

AI will be able to do the initial examination, take tests, do X-rays and MRIs, and make a primary diagnosis and even treatment. Most necessary doctor interactions will be by videoconference, while robots will be on hand for assistance with everything, even surgery.

Today, some doctors do not trust the emerging algorithms and ignore the output. This will dissipate by 2050, fully establishing the era of genomic and predictive medicine.

We are moving through the era of bits and bytes as our computing frame of reference. The future is about quantum computing. Quantum computing uses qubits, which can be any proportion of the 0 to 1 state.

Early testing has shown a dramatic, exponential speed up in queries. All calculations happen simultaneously. Searching large data sets, which will still be quite interesting in 2050, will only be done with quantum. Quantum computing may usher in a whole new wave of relevant technology companies by 2050.

The increased population of 2050, though mainly working from home, will still need to get around. Recently, the technology behemoths had all acquired autonomous driving technology.

From a technology standpoint today, there is the Super Cruise from General Motors, which controls the vehicle on long highway stretches when not much is happening. There is the Traffic Jam Assistant from BMW, where cars move along in a congested traffic area just like a school of fish. There’s also Road Train where one vehicle with a professional driver leads a platoon of vehicles. These will be the bridge to 2050, when we should be at level 6, which would mean fully driverless cars.

The transportation changes won’t all be over land either. Drones will fill the skies as urban transportation and floating warehouses deliver packages supported by pick-up centers in population centers, replacing much of the retail of today.

The metaverse
is about simulation. Avatars can act, within tightly defined parameters, as our agents, our companions, and some may even be considered co-workers. By 2050, we will be unable to tell the difference between a virtualized real person and an AI-driven avatar. Avatars will be as ubiquitous as the cell phone is today.

As metaverse function grows, by 2050 it will be extraordinary by today’s standards. We will virtually be able to travel the world and innumerable custom planets, all from home. It will be our parallel life, connected via multiple devices, wearables and even our brain. It will be mixed reality.

Many people will opt to spend much of their day in virtual worlds where they can become whoever they want — a “life” with no limits. The metaverse will also give rise to NFTs
and cryptocurrencies. We will look back and call today the early days.

Who will have time to spend in the metaverse? On to the next item, work.

Changes in how we work will be the most profound impact of AI to most people. Administrative, sales, food service, transportation, and manufacturing jobs, among many others, will see massive disruption. The need for work to maintain what we now consider a basic life will be reduced. This may or may not be treated delicately instead of with decades of pain committed to the present work ethos. There’s always more to do but the skill gap will be profound.

The bottom line is we are the start of general AI, where machines have the capacity to understand or learn any intellectual task that a human being can.

We have forged a new path with machine learning where it is able to be “general” in its approach. Neural networks were built with a specific task in mind and trained on curated datasets, but neither are increasingly necessary. AI is now able to have higher level goals that are removed from specific tasks and datasets. AI can find the right data, make the calls, and execute.

By 2050, AI will be general and an inseparable part of life. 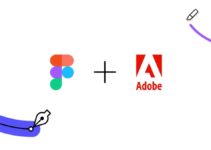 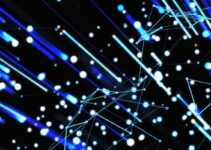 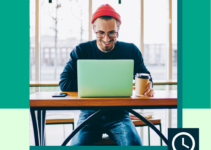