The government has confirmed that it will repeal the controversial IR35 tax avoidance reforms from 6 April 2023,  as a “first step” towards simplifying the UK tax system.

The shock decision, announced during chancellor Kwasi Kwarteng’s first fiscal statement since prime minister Liz Truss appointed him on 6 September, will roll back changes that have been widely blamed for stifling the dynamism of the UK IT contracting market.

In the lead-up to Kwarteng’s fiscal statement, contracting market stakeholders had called on Truss to honour her pre-election campaign pledge to place the IR35 rules under review, with many hoping today would bring some news on what shape that work would take.

Dave Chaplin, CEO of contractor compliance consultancy IR35 Shield, who previously led a four-year campaign calling on the government to reconsider rolling out the reforms, said the decision to repeal them will come as a welcome surprise to many.

“Today, contractors and businesses will be celebrating as Liz Truss and her government have not only kept to their promise, but gone further and repealed legislation that had a damaging effect on business’ and contractors’ livelihoods for the past five years,” he said.

“These onerous reforms were never going to work and were flawed from the start… [and had] simply served to pour glue on the economy and prevent growth. The chancellor has done the right thing and removed an unnecessary burden for firms trying to solve this complex riddle every time they hire a worker.”

The roll-back of the reforms is introduced under the heading of “Allowing businesses to focus on business” in The Growth Plan 2022 document circulated by the government in the wake of Kwarteng’s “mini-Budget”.

“The off-payroll working rules (known as IR35) will be repealed from 6 April 2023,” the document stated. “From this date, workers across the UK providing their services via an intermediary, such as a personal service company, will once again be responsible for determining their employment status and paying the appropriate amount of tax and NICs [national insurance contributions].”

The reforms, first introduced to the public sector in April 2017 before being extended to medium-to-large private sector firms in April 2021, saw contractors cede control for determining how they should be taxed to the end-user organisations that engaged them.

Previously, contractors were able to self-declare whether the work they do, and how it is performed, meant their engagements were in or out of scope of the IR35 rules, but – according to HM Revenue & Customs (HMRC) – this system was being abused by some to deliberately misclassify themselves as working outside IR35 to artificially minimise the amount of tax they pay.

This is because engagements that were classified as being inside IR35 meant the contractors concerned would be treated as employees for tax purposes and would be expected to make the same pay-as-you-earn (PAYE) and NICs as permanent employees.

The roll-out of the changes to both public and private sectors brought about huge amounts of upheaval for IT contractors as some end-hirers sought to side-step the additional administrative burden this shift in responsibility put on them by introducing contractor hiring bans.

Other organisations decided to issue blanket determinations, whereby all contractors were deemed to be working inside IR35 as a means of ensuring compliance and to reduce the risk of being saddled with a sizeable tax bill later down the line for incorrectly assessing their contractors tax status.

To this point, several central government departments have found themselves subject to compliance reviews by HMRC that have seen them hit with penalties and multimillion-pound tax bills for making IR35 status determination errors.

The Association of Independent Professionals and the Self-Employed (IPSE) has repeatedly spoken out over the years about the damaging impact the reforms have had on the freelance economy, and its director of policy, Andy Chamberlain, said the organisation “welcomed this dramatic shift in government thinking” before sounding a note of caution.

“As delighted as we are with the news, we remain concerned that the underlying IR35 rules will stay in place, and we hope to work with the government to make further progress on this issue in the weeks and months ahead,” he said.

“But for now, this is a watershed moment and will be a tremendous boost to thousands of contractors who have been unfairly penalised by these damaging rules.”

In a similar vein, Penny Simmons, legal director at law firm Pinsent Masons, said it is important for businesses to remember it is just the reformed IR35 rules that are being repealed.

“The rules will still exist – it’s just that contractors will once again be responsible for compliance and payment of tax,” she said. “Businesses will remain exposed to tax risks by virtue of other tax rules and the corporate criminal tax offences – if they pay contractors off-payroll when they know that the contractors should be taxed as employees.

“The chancellor has also said that they will keep compliance under review. The rules were [originally] changed because HMRC thought 90% of contractors weren’t applying the rules correctly – so if HMRC thinks this is still the case, we may well see further changes, albeit in a different form.”

Simmons added that while the roll-back is likely to be a cause of celebration for public and private sector organisations, there is also likely to be a high level of frustration among end-hirers because of the significant amount of time and money they have spent on complying with the reforms over the past five years.

“And there remains uncertainty regarding what might come next,” she said. “It is also unclear what position HMRC will take when dealing with businesses that have inadvertently fallen foul of the rules in this interim period.”

On this point, Seb Maley, CEO of contractor tax insurance provider Qdos, said it is really important for the government to press ahead with creating a “clear and robust roadmap for reversing IR35 reform in both the private and public sector”.

He added: “Repealing IR35 reform is a huge victory for contractors. The changes have created havoc for hundreds of thousands of independent workers, along with the businesses that engage them. The fiscal changes announced today are likely to go down as some of the most pro-contracting in memory.

“The government mustn’t waste time, though. The last thing contractors and businesses impacted by IR35 need is uncertainty.” 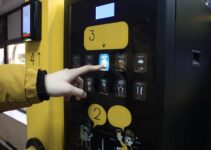