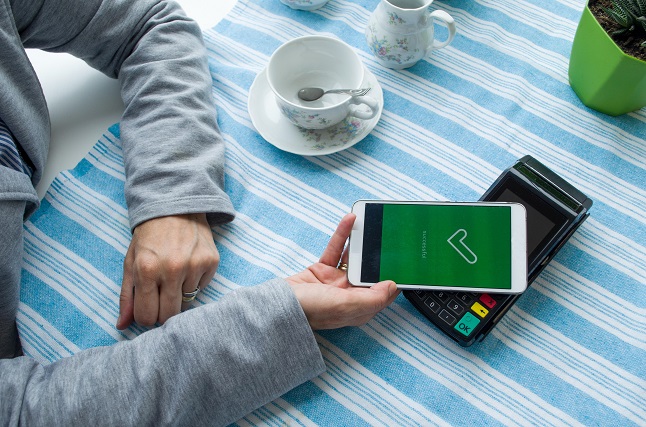 According to a recent survey
from ACI Worldwide, consumers are adopting mobile payments at a faster pace than ever before, with 45% more paying with a mobile wallet in 2022 than in the previous year. Similarly, an Omdia survey found that spending on technology in alternative payments is expected to outgrow traditional payments significantly over the next 18 months as issuers and acquirers adapt to an unprecedented demand for digital payments, according to Omdia senior analyst Philip Benton.

The results indicate that if companies are not already offering mobile payment options, they need to make implementing them a priority to ensure they are keeping up with consumer expectations.

New habits and attitudes are still emerging with the use of mobile wallets signaling a “huge opportunity” for companies to double down on transforming and modernizing their billing experiences.

Sung Choi vice president of business development at cryptocurrency exchange Coinme, notes that despite all the changes, billing experiences have primarily remained the same.

“The type of available payment methods tend to be limited, and the UI/UX of the billing is seemingly stuck in the early 2000s,” he says.

From his perspective, the billing industry needs to innovate and modernize by incorporating innovations in payments with a more streamlined UI and improved user experience via technologies like simple account linking (Plaid) and direct deposit rerouting (Pinwheel).

“Businesses can also help their customers by allowing them to pay with alternative assets such as cryptocurrencies,” he adds. “For example, PayPal has shown with its pay with crypto feature that customers are looking to spend not just their US dollar balance — customers want the option to spend their digital assets.”

Choi adds that alternative payment methods (APMs) can have two major benefits in aiding consumers, the first being that APMs can help individuals spend the funds directly from where they happen to be sitting rather than moving funds around to their bank account.

“For example, if a person gets paid in Venmo at the end of the month and rent is due on the 1st of the following month, it would be easier for them to pay out of Venmo, rather than having to pay a fee to instantly transfer the money to their bank account to pay their rent,” he explains. “By meeting the customer where they are, you could make it easier for them and help them save money.”

He points out that PayPal has shown with its pay with crypto features that consumers are demanding the ability to pay with non-dollar assets.

“Whether it is because customers need to spend their investments when cash flow is tight or because they want to spend their gains earned, allowing consumers to utilize alternative assets can encourage lower default rates,” he says.

Sanjay Gupta, head of the biller segment for payment systems company ACI Worldwide, explains that billing and payments are more than just a way to collect revenue — they are a recurring touchpoint companies have with their client base that can also be used to drive further engagement and loyalty.

“Regardless of channel, consumers now expect to have a personalized billing and payment experience, so companies need to find the right partner that can deliver these experiences, while also integrating with their existing systems and processes,” he says.

When it comes to adoption of mobile payment platforms and other FinTech decisions, Gupta says key stakeholders span a variety of functions across companies, often with different goals for each.

“Educating the executive team on how investments in delivering a modern billing and payments experience benefit not only customers, but also employees, can help validate the need to make such investments,” Gupta says.

From his perspective, offering a variety of alternative payment methods ensures companies meet the needs of a growing number of consumers that prefer or rely on these methods.

“While some consumers simply prefer to centralize their payments in a mobile wallet such as Apple Pay or Google Wallet, others may not have traditional bank accounts nor a traditional job, relying on methods like PayPal instead,” he says.

Integrating these alternative payment methods will increase consumer satisfaction and loyalty, especially for younger generations, and will drive faster self-service payments, reducing costs for the biller.

“We have been tracking the rise in mobile for several years,” Gupta says. “This year, the growing preference to not only make payments, but to also store non-payment items like digital tickets and IDs in a mobile wallet was a surprise. It all makes sense though, as consumers also report more trust in mobile wallets security, thus they are using them more in their everyday lives.”

How to Prepare for New PCI DSS 4.0 Requirements

What to Look for in a Payment Hub Platform