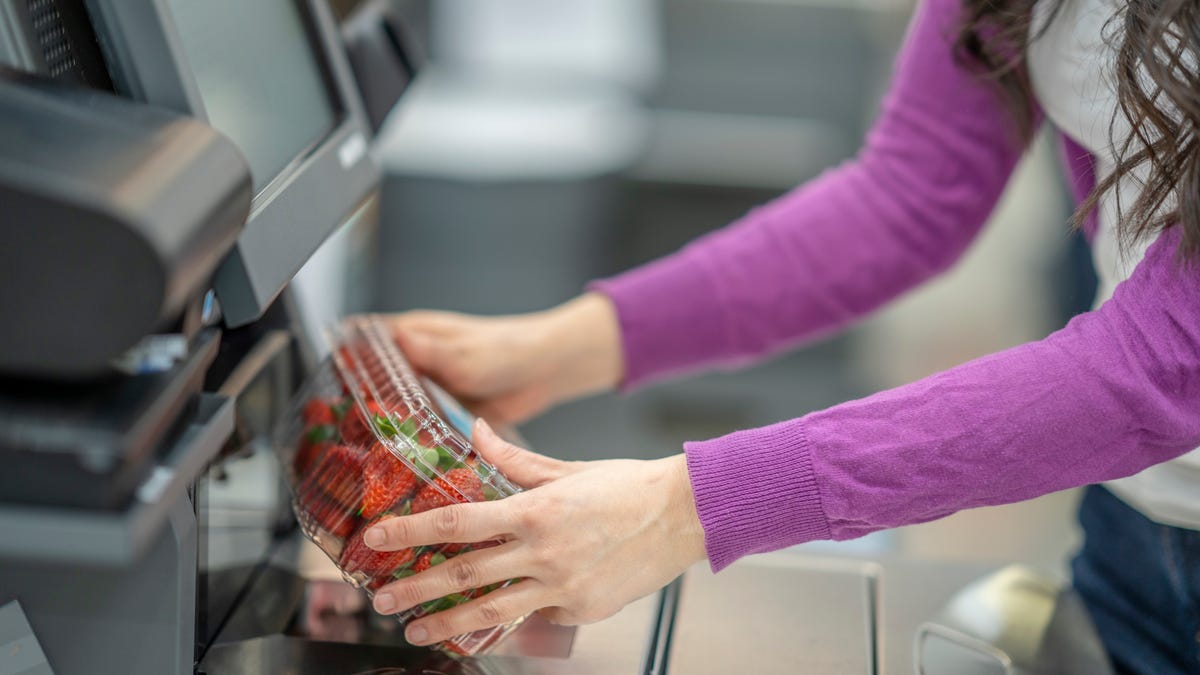 I used to think it was just me.

Every time I’d fly through London’s Heathrow Airport, I’d stock up on fine British chocolate and scurrilous political magazines at an airport store.

Then the hell would begin. I’d have to go through self-checkout as there was only one human checkout — and that, only sometimes.

I was reasonably adept at scanning the items. It’s not hard to find the barcode. But then the machine would demand I scan my boarding pass. Every single time I tried, I got the response: Seek assistance.

Then I’d have to wait for a real human being to sort things out, so that I could get my first bite of a British Mars bar.

I’d struggled for a long time with self-checkout in supermarkets, too. The basic stuff was fine. But when it came to weighing bananas or other fresh items, finding the little box to click on “organic” or not, I found myself tending toward ululation.

Also: How to cut your grocery bill by shopping online

This didn’t feel easier at all. In fact, it felt like work.

My experiment didn’t last long. I went straight back to the real human checkout personnel who actually knew how to do this.

I felt confident, however, that I was in the minority. Surely more of the app-dependent world community was now entirely happy not to talk to anyone, scan their stuff and then go.

But then I saw a video taken in the British supermarket Tesco. Only one human line was open, as a glitch had knocked out all the other human-manned checkouts.

The self-checkouts, however, were reportedly still all working. And no one was using them.

In this particular case, some reports suggest this supermarket has recently introduced self-checkout and this was some sort of protest.

I have been moved to wonder whether these self-checkouts only save time when you’re buying one or two simple things and there isn’t an express line, or the express line is long.

Not so long ago, research showed that 67% of people had experienced some sort of failure at the self-checkout.

Worse, it appears these machines may soon approach the reliability level of a McDonald’s ice cream machine. They’re not cheap and do break down. And — you’re never going to believe this — thievery appears to be higher at self-checkouts than at those where a human might see what you’re doing.

Also: McDonald’s customers just got a sliver of hope in a slurry of despair

I know you’ll tell me that Amazon has shown, with its Go stores, that humans can just enter, take and disappear, while cameras watch their every move. I went to one in Chicago and it was deeply soulless. And very limited in scope.

Supermarkets might sniff that it’s hard to hire employees, self-checkout is quicker and please, dear customer, get with the times. The pandemic also drove more people to self-checkout in order to avoid human interaction.

But, for me at least, going to the supermarket is a local, personal experience. I like to chat with the checkout personnel, if they’re in the mood. I like to see them regularly. We exchange complaints about the San Francisco Giants and share the joys of being Golden State Warriors fans. If they haven’t seen us for a while, they’ll wonder where we’ve been.

No machine is going to do that. Well, not yet.

Also: Inflation is about to change grocery shopping for good

I’ve rarely seen a line for the self-checkout in any supermarket. This might be evidence of their supreme efficiency. It might also be evidence that not enough people want to use these things because they find them deeply annoying.

I feel sure that America’s foremost intellectual, Elon Musk, is already working on a solution to this difficult issue.

Still, the first self-checkout was installed in 1986. Don’t you get the feeling it hasn’t been universally embraced?