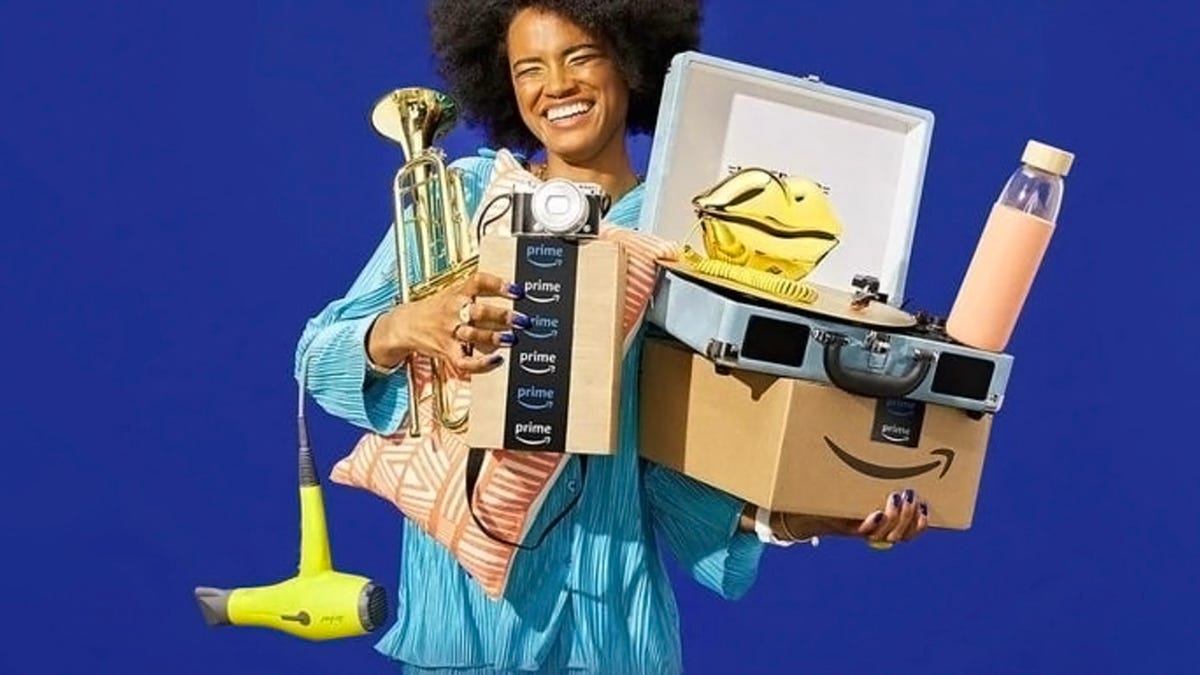 After the success of the first Amazon Prime Day earlier this year, it comes as no surprise that Amazon wants to help its Prime subscribers get the best deals ahead of the holiday season. And, if you’re like us and start purchasing now, we have good news: Amazon’s Prime Day Early Access Sale is coming in a couple weeks, and we have the scoop on what you can expect.

To be clear, this will be Amazon’s second Prime Day-like sale event this year. It’s all about early holiday savings for Prime members.

Prime Early Access Sale is the follow-up to Amazon’s Prime Day event held in July – except it’s geared toward the holidays and in October. The company will offer deep discounts on major products to its Prime subscribers, as well as tens of thousands of deals from third-party sellers including Samsung, KitchenAid, and more.

Amazon announced that Prime Early Access Sale will be on Oct. 11 and Oct. 12. Beginning at 12am PDT, it will run for 48 hours.

As with earlier this year, it’s not a matter of where it’s available, but to whom this deal will be offered. You will need to be a Prime Member to take advantage of these deals.

You can expect thousands of great deals this year. As usual, Amazon plans to offer steep discounts on its signature devices, including the Echo and the signature Fire TVs. In addition to these deals, Prime Day will be geared toward holiday shopping, including toys, home, pet, and kitchen products.

Holiday gift guides will be in full swing, and Amazon will feature a Top 100 list of some of the season’s most popular gift items. If you’ve been sleeping on tech deals, the great news is that there will be plenty of retailers partnering with Amazon for the 48-hour shopping extravaganza, including Samsung, iRobot, and KitchenAid.

We expect some of the deals to last throughout the full time, but others will be flash deals that drop as quickly as every five minutes. The flash deals typically have a set amount available, so as a heads up, if you see it and want it, you may want to add it to your cart immediately.

Plus, if you live in a hub city and prefer making reservations to making dinner, Amazon is offering its subscriber customers one year of Grubhub+ for free. The deal includes unlimited, $0 delivery fees on orders over $12, and you can get food discounts and rewards from hundreds of thousands of vendors across the country.

Like the earlier Prime Day this year, Prime Early Access Sale will be geared toward Amazon subscribers, and only Members can get the products for those amazing deals. The service costs $139 per year, or $14.99 per month. Students will get a 50% discount on their membership so long as they verify their status, and those on SNAP/EBT can get it for a discounted price as well. In addition to these membership offerings, you can also get a 30-day free trial right now.

If you have never subscribed to Amazon Prime, if you sign up for the trial right now, you will still have the free trial advantage during Prime Early Access Sale discounts and deals. Not only will you get said discounts on major products with the membership, subscribe-and-save deals, and free one- to two-day shipping, but you’ll also get access to Prime Video, Prime Music, Prime Pantry, Prime Now, and more.

Amzon Prime Early Access Sale: How to find the best deals, plus tips and tricks

If you want a one-stop shop for all the best deals or are short on time during the 48-hour window, Amazon has a Prime Early Access Sale hub that will offer the lowest prices and sales across a range of categories. We expect new deals to be posted as frequently as every five minutes.

Plus, if you’re looking for ideas, Amazon is offering Top 100 lists of gift ideas for home and toys, making it easy for you to decide on what to get your friends and family members this holiday.

Amazon tends to give people a head start on deals if they voice-shop with Alexa. It did the same thing with Black Friday in the past — giving voice shoppers up to a seven-hour lead. To order something by voice, just say to your Alexa device, “Alexa, what are your deals” followed by “Alexa, add [the item] to my cart.” Alexa will confirm your order, but if you prefer, you can set up a four-digit pin within the Alexa app to prevent unintended purchases.

Amazon also has its regular “Gold Box Deals of the Day.” However, since it is Prime Day, these sales should be extra noteworthy.

And finally, there’s Prime Early Access deals, a type of Lightning Deal for Prime members. Amazon typically gives Prime members 30-minute early access to certain deals, though all deals are only available while supplies last. To stay on top of these different deals, use Amazon’s app, where you can view most deals 24 hours in advance and sign up for alerts.

You can also go here to see deals you’re watching, and you can get the deals delivered to you via Amazon’s daily deals email.

Did you know Amazon.com serves up coupons? There’s actually an entire hub on Amazon where you can find coupons for electronics, pet supplies, toys, and other items. Just go to Amazon.com, then click on the link at the top for “Today’s Deals,” and in the menu of categories at the top, click on “Coupons” (or use this link).

When you find an item you want to buy, click on the “Clip this coupon” button near the price to clip the coupon. When you’re done shopping, go to your cart and check out. In the cart details, you will see the coupon amount deducted from your total.

If you want to check a deal’s price against what Amazon has charged in the past, try CamelCamelCamel. It’s a free Amazon price tracker that monitors millions of products and serves up their price history.

One available extension is Honey, which instantly informs you if any third-party sellers have the same product for a lower price. Also, check out the site PriceGrabber or the extension PriceBlink, both of which let you see if an item is cheaper elsewhere.

Finally, be sure to check other shopping sites. Walmart, Best Buy, and other retailers have been known to roll out their own sales on Prime Day in an attempt to lure in shoppers.