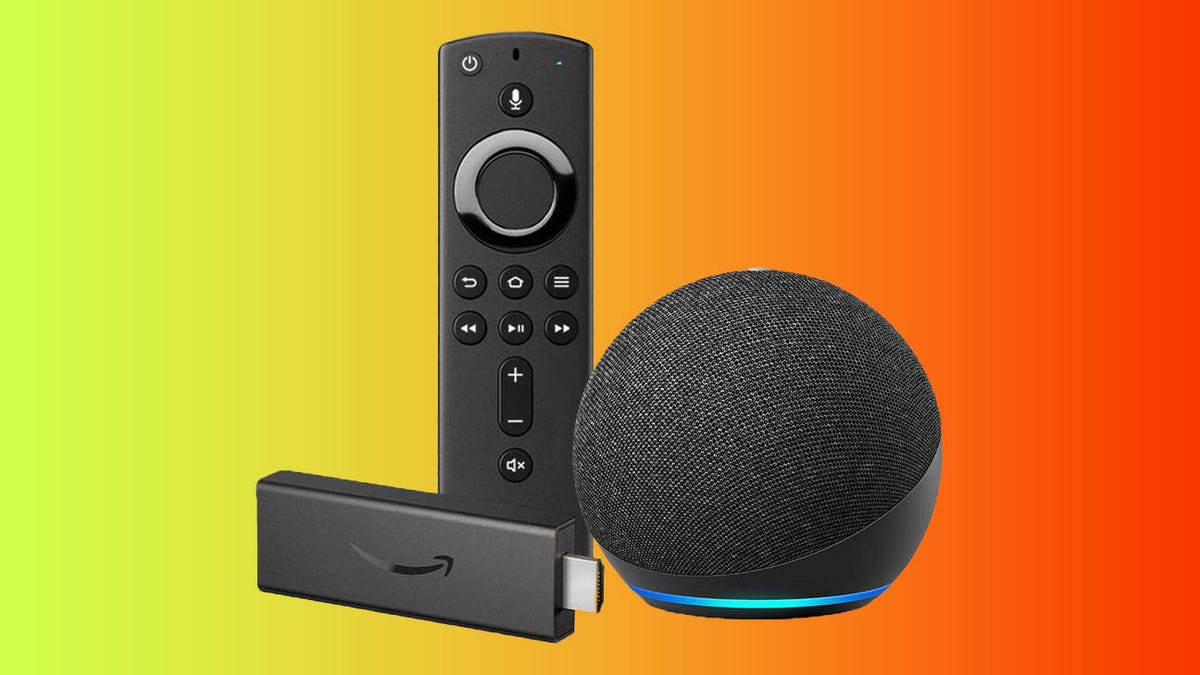 It may be best known as an online retailer, but Amazon has also grown into a giant of the tech world with a vast portfolio of devices, from e-readers to video doorbells and everything in between.

The Amazon Echo line, the family of smart speakers that houses the Alexa voice assistant, has made its way to millions of homes across the country, after effectively creating a new device market and kick-starting the smart home category. In 2021 alone, Amazon shipped 21.9 million smart speakers in the United States, according to a report by research firm Omnia, and there are probably nearly 100 million in use across the country.

And the tech giant’s product ambitions keep growing. On Sept. 28, Amazon is likely to add a new wave of devices to its portfolio, as it’s holding a virtual event during which a number of new and updated devices are expected to be unveiled.

Amazon’s strategy is to create products for every single aspect of your life, to facilitate everyday tasks. By creating products to fill even more niches it cements consumers into its product ecosystem.

“Our research shows that most consumers prefer to buy smart home devices from a single vendor or brand, rather than mixing and matching from multiple brands,” Adam Wright, research manager at tech analyst IDC, told ZDNET.

“Part of this is driven by brand loyalty and trust – consumers that have a positive experience with a brand that provides smart home devices and services are more likely to trust that brand and seek out additional products and services from that brand rather than risk using a different brand that is unfamiliar,” he said.

When it launched, Alexa didn’t go far beyond the scope of answering a question about the weather or playing a song. However, Amazon has embraced ambient computing and continued to grow the scope of what its voice assistants do to build an integrated smart home.

“We want to make customers’ lives more convenient and offer peace of mind through ambient experiences,” an Amazon spokesperson told ZDNET. “To us, this means delivering experiences that are easy to use, helpful, and always available. It also means building technology that understands you and adapts accordingly, is there when you need it, and fades away when you don’t.”

SEE: Is Amazon about to ruin Alexa answers with ads?

Amazon has developed a wide range of devices that you can command via Alexa to clean your house, turn on the lights, or order items delivered to your door. There are smart lightbulbs, doorbell cameras, alarm systems, smart plugs, thermometers, air purifiers, photo frames, pet feeders, vacuums, toaster ovens and e-readers that all connect to its digital infrastructure.

“For Amazon, there is value in getting its products into more households and it can do this by offering a wide range of device types at different price points,” says David Watkins, VP of Media and Intelligent Home at tech analyst Strategy Analytics.

“The more consumers that use its products on a regular basis, the more data it can collect to help drive its e-commerce business through greater personalization, supply chain efficiencies, and speed,” he says.

The devices that make up Amazon’s selection are not limited to smart home devices – Amazon is expanding into the automobile space and wearables market, too.

The tech giant has acquired other brands that can add to its seamless product environment. In the last five years, Amazon acquired the security camera company Blink Home, for an undisclosed amount, as well as the camera doorbell company Ring for approximately $1 billion. Amazon is also in the process of buying robot vacuum cleaner company iRobot in a deal valued at roughly $1.7 billion.

Think you know all the devices that Amazon makes? You might be surprised to see how extensive that portfolio has grown:

In addition to these products, third-party manufacturers and developers have created a lineup of hundreds of thousands of non-Amazon devices that also connect to Alexa. Last year Amazon said more than 900,000 registered Alexa developers had built 130,000 Alexa skills and hundreds of Alexa Built-in products across categories like PC’s, wearables, smart home devices, and cars. Around 140,000 smart home products are now compatible with Alexa.

Of course, a huge motivator behind Amazon’s product buildout is the desire to get people to subscribe to its paid services through the use of its devices. Along with its most mainstream service, Amazon Prime, Amazon offers hundreds of services that it profits from, like Audible, Prime Gaming, Prime Video, Amazon Music, and Amazon Fresh.

“In the smart home market, devices are merely vehicles for services delivery, and Amazon seems happy to forgo some of the revenue on the devices themselves in favor of the boost in services revenue,” Wright says.

Other major tech companies such as Google and Samsung have jumped into the smart home market with similar strategies. Still, because of the vastness of its range of devices, and the strength of its ecommerce brand and other services, Amazon remains far in the lead.

SEE: I put the Apple Watch Ultra through the Tough Mudder

“When the smart home market just started several years ago, most brands focused on a single device or category. But most vendors quickly realized they needed to leverage their existing technologies or build or acquire new ones to remain competitive,” says Wright.

Google has developed a series of devices under the Google Nest brands, including speakers, displays, smoke and carbon monoxide alarms, security cameras, and doorbells. But in comparison with how many devices Amazon has, Google only puts a dent in the smart home scene.

In addition to leading the smart home market, Amazon is also at the forefront of voice assistant technology, with no assistants being quite as popular as Alexa.

“Amazon is also well placed to be the default provider of voice commerce solutions having established Alexa as the leading voice assistant in the home,” says Watkins. “Voice commerce is still in its infancy but Amazon is making a big bet on it becoming a major commerce platform in the future.”

So where does Amazon go from here? We can expect Amazon to refine its current technology and develop new ways to improve the user’s overall experience in the smart home.

For example, Amazon can work on building consumer trust by developing better security and privacy protocols. We can also expect to see upgrades to Alexa Hunches and Alexa Routines, as well as other steps to improve Alexa’s accuracy in carrying out and predicting tasks.

“I think they will continue to double down on innovating around experiences that are more personalized, contextualized, automated, and proactive, and this requires data generation, collection, and analysis – indeed, smart home devices by their very nature need to generate and analyze data to function,” says Wright. “That’s what’s lost in most conversation about privacy in the smart home.”

There is however one big gap in Amazon’s portfolio – one that’s going to be hard to fill. If it’s too complicated for voice demands, then you need a smartphone to control your smart home. Amazon tried to launch a smartphone back in 2015, its “3D” Fire Phone, but despite Amazon spending vast sums on the project the phone failed to generate much interest and was quickly discontinued.

“Amazon does not have a smartphone presence and so it needs to develop multiple hardware solutions in order to compete for consumer attention, either in the home, [or]t particularly when they are out and about,” says Watkins. “Smartphones are the center of the universe for most people today and Amazon’s status outside of the home environment will always be weakened as long as smartphones remain top dog.”