SpaceX’s Starlink satellite broadband is now available across Earth’s seven continents after a test of its service in Antarctica.

The US National Science Foundation (NSF) announced it was testing Starlink’s “polar service” at McMurdo Station, the largest station on Antarctica which serves as a logistics hub for the NSF-managed US Antarctic Program (USAP).

“NSF-supported USAP scientists in #Antarctica are over the moon! Starlink is testing polar service with a newly deployed user terminal at McMurdo Station, increasing bandwidth and connectivity for science support,” NSF said in a tweet.

According to the USAP website, the South Pole station communications have relied on on several satellites owned by NASA, the Department of Defense, Airbus, and Iridium as a backup.

NASA’s Tracking and Data Relay satellite (TDRS) constellation has a narrow S-band link that offers 5 Mbps symmetrical speeds that can be used for calls, web browsing, large emails, file transfers and video conferencing. The broad Ku-band link offers 300 Mbps speeds, but is exclusively for the transmission of science research data.

However, NASA’s TDRS is shared by several users, including the International Space Station, Hubble Space Telescope, SpaceX, and United Launch Alliance, so USAP usage on Antarctica needs to be scheduled weeks in advance.

Given the breadth of scientific work going at the McMurdo Station, satellite resources are likely to be frequently constrained. The station is a key hub for research spanning astrophysics, earth sciences, glaciology, ocean and atmospheric sciences, and more.

SpaceX says the Starlink service in Antarctica is enabled by its “space laser network”, which it’s been testing for the past year and provides optical links via lasers between its satellites.

Musk explained last July that “laser links in orbit can reduce long-distance latency by as much as 50%, due to higher speed of light in vacuum & shorter path than undersea fiber.”

To reduce latency, SpaceX has been installing more ground stations that connect to terrestrial fibre networks and beam data back to Starlink satellites. Last year, SpaceX teamed up with Google Cloud to place Starlink base stations in Google’s data centers.

SpaceX also partnered with Microsoft to let customers connect to Starlink satellites to Microsoft Azure Modular Datacenters. This week Microsoft announced the private preview of Azure Orbital Cloud Access for enterprise that need connectivity where there are limited options. 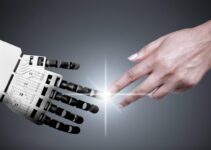 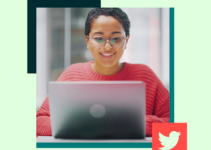 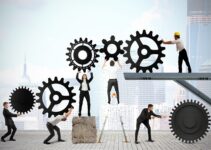