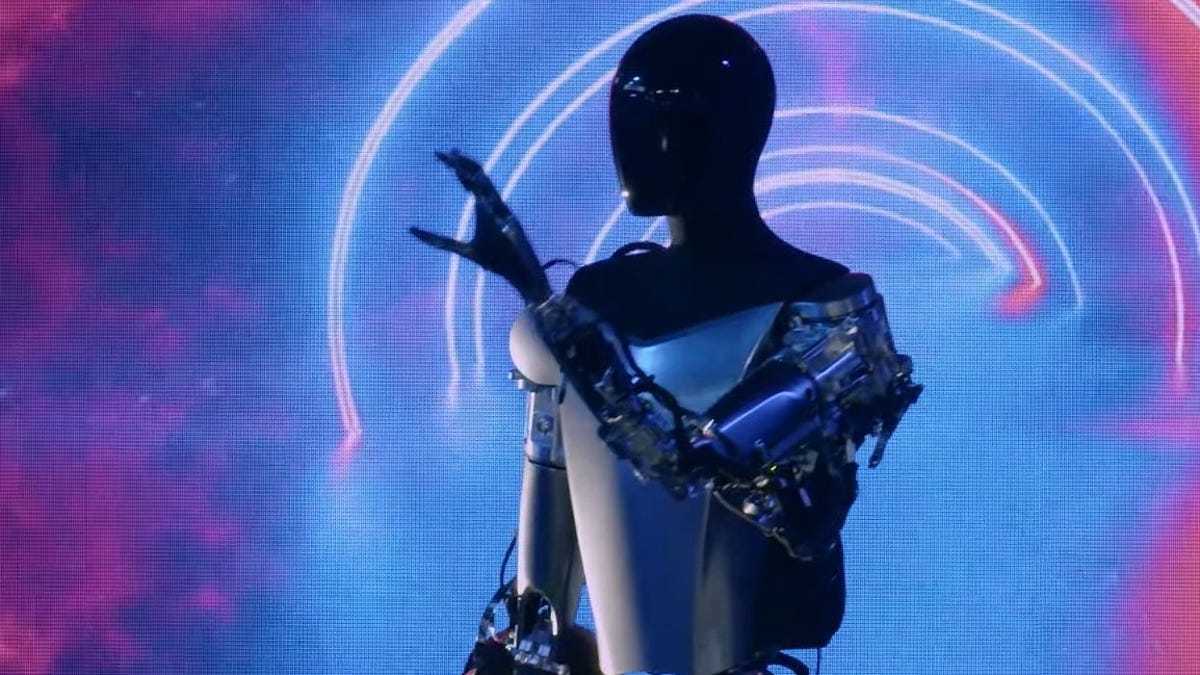 Tesla AI Day 2.0 jumped off to an exciting start with Optimus, Tesla’s much anticipated humanoid robot, taking the stage minutes after the event began. The prototype took unsteady steps across the stage as it walked untethered. Tesla CEO Elon Musk said the team is working to get the robot available as soon as possible for less money than a car at under $20,000.

A video played at the event which showed the robot performing basic tasks such as carrying packages around an office and watering a plant. Optimus is being designed to be a capable robot that can be manufactured in high volumes — millions of units, according to Musk.

Second, Tesla brought out a prototype that was fully assembled and resembled what the potential final unit would look like. This prototype looked more like what was advertised at last year’s event with a sleek and futuristic design.

The team revealed that the hands shown on the Tesla AI Day flyers were the hands of Optimus, which is designed to have a full range of motion in its fingers, like a human.

The human-like functionality is not only limited to the hands, but rather, the entire robot’s functionality is being modeled after a human body since the world is designed to be ergonomic to humans. The robot will have a real human form, wide range of motion and strength, said a Tesla engineer.

The Tesla bot will be designed to do everything a human brain does such as processing vision data, making last minute decisions, as well as communicating. Tesla is using the technology from its vehicles in the robot including a battery pack and autopilot software to make this possible.

Musk was passionate about what the positive effects the availability of Optimus will have on society and on the economy, claiming Optimus could have a 2x improvement in economic output.

“It’ll be a fundamental transformation for civilization as we know it,” said Musk.

Since the humanoid robot was announced, the public has shown general hesitancy towards the tech. After all, it does sound like the plot of a sci-fi horror movie where robots could take over at the end. Musk addressed these concerns saying that despite his efforts to get it out soon, safety remains a priority.

He also emphasized that a public company like Tesla — with a single class of stock owned by the public — is a good place to develop AI and robots “so the public can properly influence it,” said Musk. “It’s very important that I can’t just do what I want.”