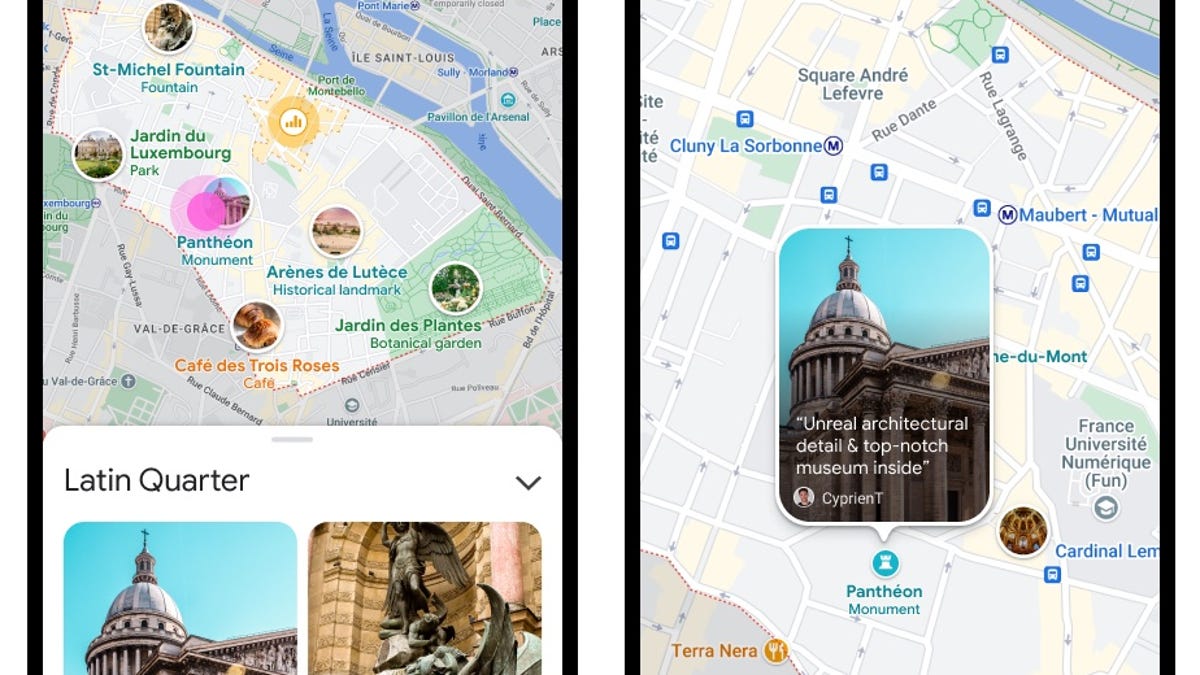 Every day, millions of people tap into Google Maps, not just to find a location but to also give their feedback about that place. People post pictures of a place, leave reviews, answer other users’ questions and collectively help others better understand a location. Now, Google is planning on taking all of that user-generated feedback to give you a sense of a “neighborhood vibe.”

When you open up Maps, the app will highlight the places that are popular and trending in the area — they’ll effectively pop off the map. It could be a coffee shop, a bar, a park — places that people in the community have noted as significant.

“Over the years, the product has adapted and grown to really help people explore and navigate the world,” he said of the 17 year-old product. “We do that by combining imagery, authoritative data sources. We put together information from the community of the people who use the product. And that really gives us the most comprehensive, up-to-date map possible.”

Maps will algorithmically decide which locations are popular enough to include as part of the “neighborhood vibe,” but Google is also — at least initially — relying on human content moderation to ensure the feature delivers high-quality results. However, once the product scales globally, it’ll be a tech-driven feature.

Neighorhood Vibe will start rolling out globally on Android and iOS in the coming months.

The feature fits in with Google’s larger efforts to make its search tools more multi-modal — based not just on text, but also pictures, videos, community conversations and whatever else contributes to a person’s understanding of a topic.

Google on Wednesday also announced that it’s expanding the Google Maps “immersive view” feature, which gives users a detailed, close-up look at places. Announced earlier this year at Google I/O, the feature launched with 100 photorealistic aerial views of global landmarks. Now, Google will offer an immersive view of  250 landmarks, including the Tokyo Tower.

Google will be rolling out Immersive View in Los Angeles, London, New York, San Francisco and Tokyo in the coming months, and they’ll add more places over time.

With Google Maps information layered on top, a user can use the time slider to check out what an area looks like at different times of day and in various weather conditions. It can provide insight into how busy a place could be during certain times of the day or what nearby traffic looks like. Ultimately, the feature should provide an immersive view of both outdoor locations and indoor locations, such as restaurants or event venues.

“This immersive view is a huge focus for us as we go forward,” Phillips said. “We’re going even further to add critical information” he continued, using computer vision, satellite imagery, Google Street View imagery and contributions from Google Maps users.

Google is also expanding Live View, a feature Google first introduced to Maps in 2019. It overlays your surroundings with augmented reality, using machine learning, smartphone sensors and the real-world imagery provided by the Google Maps Street View feature. The feature helps you figure out which way to go when starting a walking route.

Now, Google is introducing Search in Live View. It can help you quickly identify places of interest in front of you.

For instance, Phillips said, if you’re in an area that you’re not familiar with and you need cash, you could search Google Maps for nearby ATMs. Or using Search in Live View, “you can just lift up your camera, tap the icon in the Search Maps bar, and actually right there see overlaid on the real world the ATM that’s nearby.”

The expanded feature will roll out in the coming months.