The financial markets can be filled with contradictions and the recent mid-year tech deals outlook is certainly no exception. Deal volume is down, but deal value is up — indicating the rise of the megadeal is here to stay. Given broader macroeconomic uncertainty, what does this mean, and what can we expect in the second half of 2022?

The first part of the year was dominated by rising geopolitical turmoil and uncertain economic outlook — factors that are giving buyers pause and slowing M&A activity. However, businesses continue to face pressure to rapidly innovate as a way to differentiate themselves in an increasingly competitive market, driving market consolidation as a way to accelerate growth. These two competing trends are expected to extend into the second half of 2022, providing ample opportunities for an increase in megadeals — especially in software.

Volume Is Down, but Value Is Up

The data paints an interesting picture. There were 677 announced tech deals in the first half of 2022 — a 36.7% decline from the same time period last year. This is likely due to uncertainty driven by rising inflation, a depressed stock market and the increasing likelihood that the US and the rest of the world may enter a recession in the next six months.

These megadeals are being driven by large tech companies recognizing growing customer expectations and looking to deliver complete, holistic services and platforms to customers. Rather than develop these end-to-end experiences in house, big tech players are looking to accelerate adoption through acquisition.

Here are three things to look for in tech deals in the second half of 2022:

Customers want to interact with their favorite brands when and where it is convenient for them and on their own terms. Engagement needs to be seamless across both physical and digital channels. Big tech firms are paying notice and are striving to create holistic end-to-end experiences on a single platform. Filling these gaps through acquisitions rather than in-house development speeds time to market and gives big tech companies a tried-and-true solution that has been market tested and can be seamlessly integrated into their platforms. Expect more of these megadeals in the coming months as major tech players continue to one up each other to become everyone’s trusted technology experience provider of the future.

2. Opportunities will increase for strategic and financial buyers

Changes in valuations and associated multiples coupled with a dramatically changed liquidity and fundraising environment provides an opening for opportunistic acquirers. Lower valuations benefit both strategic and financial buyers, as acquisitions once considered out of reach potentially become attainable. Target companies may need to come to terms with the “New Normal” — adjust valuation expectations accordingly and potentially look to M&A as a potential exit path as the availability of other liquidity alternatives (such as IPO, SPAC or additional fundraising) narrows.

Increasing competition and the need for business agility is pushing technology spending up — and this is likely to continue even if we do, indeed, enter into a recession. Businesses are under immense pressure to do more with less through operational efficiency enabled by technology. Software — particularly in cloud, data analytics, collaboration and cybersecurity — looks to benefit from this business imperative for efficiency. Look for M&A activity involving innovative software companies to continue to dominate tech deals in the second half of the year and into 2023 with financial buyers taking an increased stake in “take-private” deals.

It’s Time To Look Ahead

The number of deals may be shrinking, but the tech deals outlook for the second half of 2022 remains strong due to market consolidation and a rising number of megadeals. In the short-term, we expect deal volume to continue decreasing as a result of financial caution but expect deal value to go up as the big tech vendors move aggressively to build out their platforms to meet customer expectations.

Buckle up. It’s going to be a wild ride. 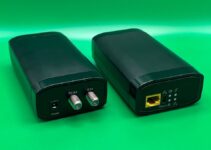 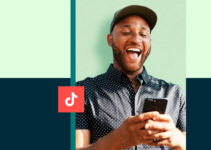 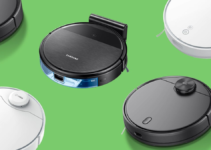