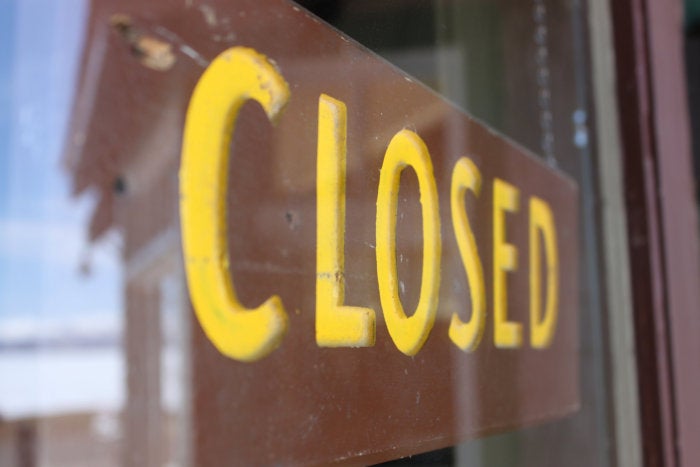 Michael Gartenberg, an influential industry analyst and former Apple employee, recently spent over 900 words arguing that “it’s in Apple’s self-interest to open the [Messages] ecosystem a little bit, not because it’s profitable, but because it’s the right thing to do for all smartphone users.” Meanwhile, Apple has nearly $2.5 trillion in reasons to disregard that advice (in its market cap). Don’t get me wrong: I’m sympathetic to Gartenberg’s argument, having made similar suggestions in the past. Apple Messages is the thing that locks me into the Apple ecosystem more than anything else.

And yet, customers keep lining up to shovel billions into Apple’s “walled garden.”

The same seems to be true in open source land. Lightbend recently flipped its license for Akka from the ultra-open Apache 2.0 license to the Business Source License (BSL) 1.1, an open but not OSI-approved “open source” license. Some argue this is a “sign of betrayal.” Apache Lucene and Apache Hadoop creator Doug Cutting suggests it’s a bait and switch.

Fair enough. But only one view ultimately matters, for both Apple and open source: What will customers actually do? The answer just might surprise you.

Open: tool of the underdogs

First, let’s not kid ourselves that Google is acting any less self-interestedly than Apple in the Rich Communication Services versus Messages debate. Google has launched a new messaging campaign against Apple, talking up open messaging for “users everywhere,” but industry analyst Samir Khazaka is right to insist that “this Google marketing campaign is primarily about a Google business strategy for leveraging messaging.” Just like Apple. The difference, of course, is that Apple has the lead, so Google has turned to open messaging protocols to slow down Apple and allow it to catch up.

Ironically, however, Android is already ahead. Yes, Apple may now have a lead in the premium smartphone market, as well as the U.S. market, but its overall global market share trails Samsung’s (the largest Android distributor). In the case of Apple versus overall Android devices, Apple trails by a considerable margin.

Still, messaging seems like a key way Apple makes its iPhones (and Macs and iPads and watches, etc.) more appealing. Fine. If customers hated this, they’d leave. After all, we already have a global, cross-mobile operating system standard called WhatsApp, which sees heavy adoption outside the United States. WhatsApp took off as an ideal way to route around carriers’ expensive text messaging plans and has stayed as a great way to connect users across platforms. There doesn’t seem to be anything similarly compelling to push people off their iPhones to Android devices. If anything, Apple’s rich messaging services are a draw, not a repellent.

This brings us to William James.

James is one of my favorite philosophers, and his views in the early 1900s on the philosophy of pragmatism strike me as particularly germane to discussions about openness, whether in mobile messaging or enterprise software. In brief, James’ insight was to look at the practical effects of a given philosophy. If James were reviewing Apple’s strategy, he’d look at the actual, observable effects. For example, Gartenberg can argue that it’s in Apple’s self-interest to embrace the openness of RCS, but Apple’s $2.4 trillion in market cap might beg to disagree. But what about customers? Customers keep buying iPhones. Perhaps they do so under duress, but this doesn’t seem a credible argument.

The same is true in open source. I spent decades raging against the Microsoft machine, arguing that openness would win because it was right, it was better for users, etc., etc. Meanwhile, Microsoft kept printing billions in Windows and Office licenses, and customers seemed happy to pay those billions. Only later when Microsoft needed to catch up against AWS (which had started with a strong open source push, offering Linux, MySQL, etc., as managed cloud services) did it embrace Linux and other open source software in earnest. Microsoft, now the underdog, found open source religion.

“Open is better…unless it isn’t,” notes software exec James Urquhart, who has done his share of work with open source companies. The key to figuring out the “isn’t” in a particular case is to look at the practical effects of a given strategy.

Lightbend and Akka founder Jonas Bonér stressed that the company’s decision to change the Akka license was because the current model simply wasn’t sustainable. He says, “With Akka now considered critical infrastructure for many large organizations, the Apache 2.0 model becomes increasingly risky when a small company solely carries the maintenance effort.” To prod these large organizations to pay for their use of Akka, the company turned to the BSL 1.1 as “a form of productive and sustainable open source” that is “easy to understand, provides clear rules, and is enforceable.”

Not everyone will like it. Some of the more vocal members of the open source Illuminati have castigated Lightbend for this decision. But rather than criticize, why not simply observe? If it’s truly a bad strategy, it will fail, and both Lightbend and other companies will learn from that failure, and there will be less re-licensing with licenses that are perceived to be less open.

I suspect the real worry for the critics is that, in fact, companies will succeed with such strategies because rank-and-file developers (and the organizations they work for) don’t care about open source purism as much as the critics do. For example, there was plenty of apocalyptic moralizing when Elastic changed its license, but today, Elastic’s business keeps ticking along. There are many other examples, but perhaps the most salient is the very company that did the most to batter Elastic’s decision: AWS. Although AWS keeps upping its open source game, most of its revenue comes from operationalizing open source, not contributing code.

It’s also been evident for some time that the GitHub generation of developers cares more about the practical aspects of openness than rigid definitions. Rather than argue about how many angels can dance on the head of an open source pin, perhaps it’s time we look to the practical effects of different approaches to openness. We don’t need to haggle over whether Apple or Lightbend are “right” in some moral sense. We can look at how customers respond and judge accordingly. Because if a company’s strategies work for its customers, perhaps they’re not broken?