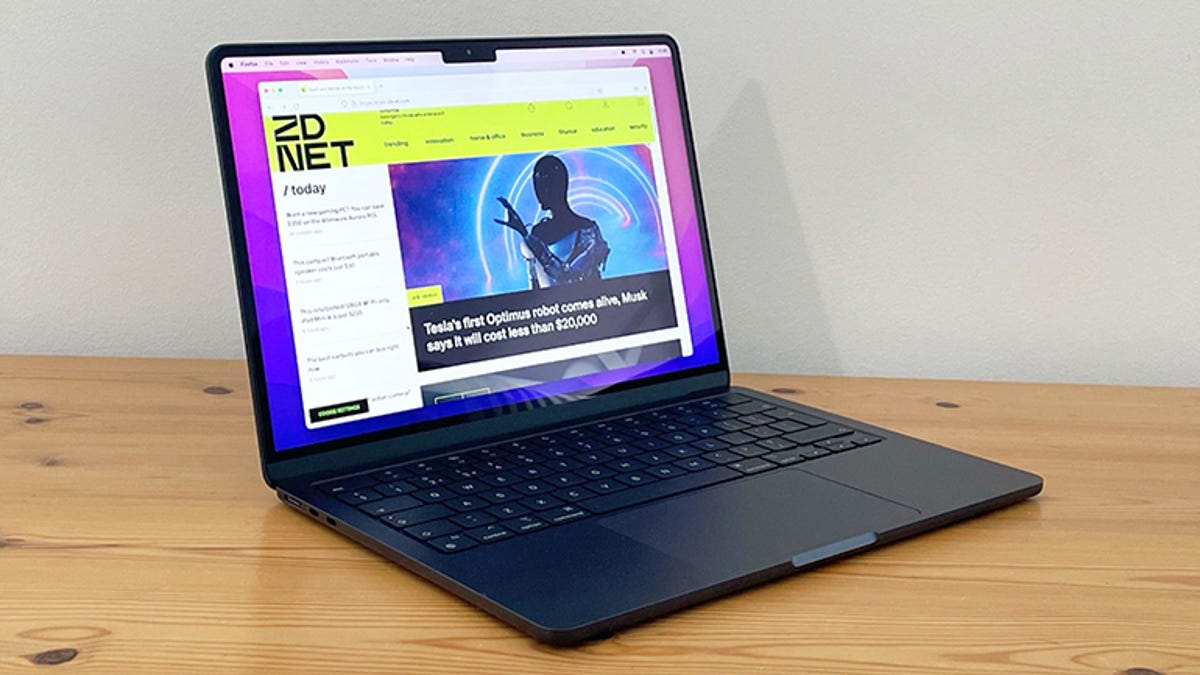 The original 13.3-inch MacBook Air was a landmark product, not just for Apple, but for the entire PC industry. Its slimline, lightweight design, and distinctive ‘tear drop’ profile effectively created the ultrabook category years before Intel’s marketing department came up with that name.

It was such a successful design that Apple stuck with it for more than a decade, even after the 2020 model was updated with Apple’s new M1 processor. But with the next-generation M2 processors on the horizon, there were rumours that the 2022 MacBook Air would receive a major revamp.

The new design didn’t disappoint, reducing the laptop’s size and weight even further, while also providing a slightly larger 13.6-inch display as well. There were other welcome improvements too, including the return of the popular MagSafe power connector, and a new webcam and speaker system.

However, the new slimline design also came with a chunky price increase of $200/£250, so the M2 MacBook Air needs to provide more than just a cosmetic makeover to persuade existing owners to upgrade.

The design of the new MacBook Air is certainly striking — but so is that price increase. To preserve the MacBook Air’s position as ‘Apple’s most affordable laptop’, the M1 model from 2020 remains on sale at its original price point, starting at $999/£999 with 8GB of unified memory and 256GB of solid-state storage.

The M2 MacBook Air now measures just 11.3mm thick and weighs 1.24kg, compared to 16.1mm thick and 1.29kg for its predecessor. Apple states that the overall volume of the laptop has been reduced by 20%, yet it has also increased the size of the screen slightly, from 13.3 inches (2560×1664 resolution) to 13.6 inches (2560×1600), which makes that reduction in size and weight seem even more impressive. Perhaps I’m a bit conservative, but I somehow prefer the elegant, tapered tear-drop profile of previous models to the more rigidly rectangular design of this M2 update. But you do at least get a choice of colours to spice things up a bit, with Midnight (dark grey), Space Gray (light grey), Starlight (a light pastel pink) and the traditional Silver.

Constructed out of aluminium, the new design still feels very sturdy and solid, and the larger display means that there’s now room for a full-size row of Function keys, and a larger Enter key as well. The keys still feel a little lifeless, as the slimline design simply doesn’t provide much room for the keys to travel when typing at speed.

Apple did include some crowd-pleasing features with this new design, though. The magnetic MagSafe connector has returned, which not only helps to avoid accidents, but also frees up one of the MacBook’s two USB-C ports. The FaceTime webcam has — finally — been upgraded to 1080p resolution, and there’s a very respectable quad-driver stereo speaker system that will work well for video calls, presentations or streaming video.

Along with the updated design, the new MacBook Air also introduced Apple’s second-generation M2 processor, which proves to be a clear improvement over the previous M1, even if it still lags behind the M1 Pro, Max and Ultra variants used in the high-end MacBook Pro.

Like the M1, the M2 has a similar 8-core CPU, and this only provides modest improvements in CPU performance, with Geekbench 5 showing an increase in single-core performance from 1,730 to 1,920. Multi core performance is a little better, stepping up from 7,590 to 8,950. However, the 10-core GPU of our review unit proved much faster than the 7-core GPU of the M1 MacBook Air, breezing ahead from 18,620 to 30,200 — an improvement of just over 60%. That’s confirmed by the 3DMark Wildlife Extreme graphics benchmark, where the M1 just about scraped 29 frames per second, while the M2 pulls comfortably ahead to 40.5fps.

You are paying for that extra performance, of course, so the M1 version of the MacBook Air remains the more affordable option for web browsing and other routine productivity tasks. One other thing to note is that the larger, brighter display of the M2 MacBook Air does affect battery life. The 2020 M1 model lasted for a full 17 hours and 20 minutes of streaming video, but the new M2 model dips to 15 hours and 50 minutes. Even so, that’s effectively two days of work on a single charge, which is still far ahead of most of the MacBook Air’s ultraportable competition.

The new sleek design and improved performance of the M2 MacBook Air would make it a must-have upgrade if it had the same price as the 2020 edition with M1 chip. However, the higher price means that many users may prefer to stick with the M1 version for now — especially if battery life is a top priority. However, if you’ve got the budget, the M2 MacBook Air is one of the lightest and most elegant ultraportable laptops we’ve seen, and once more throws down the gauntlet to its Windows-based rivals.

Apple’s new-look MacBook Air is a sign of confidence. But there’s a catch

Linus Torvalds talks Rust on Linux, his work schedule and life with his M2 MacBook Air