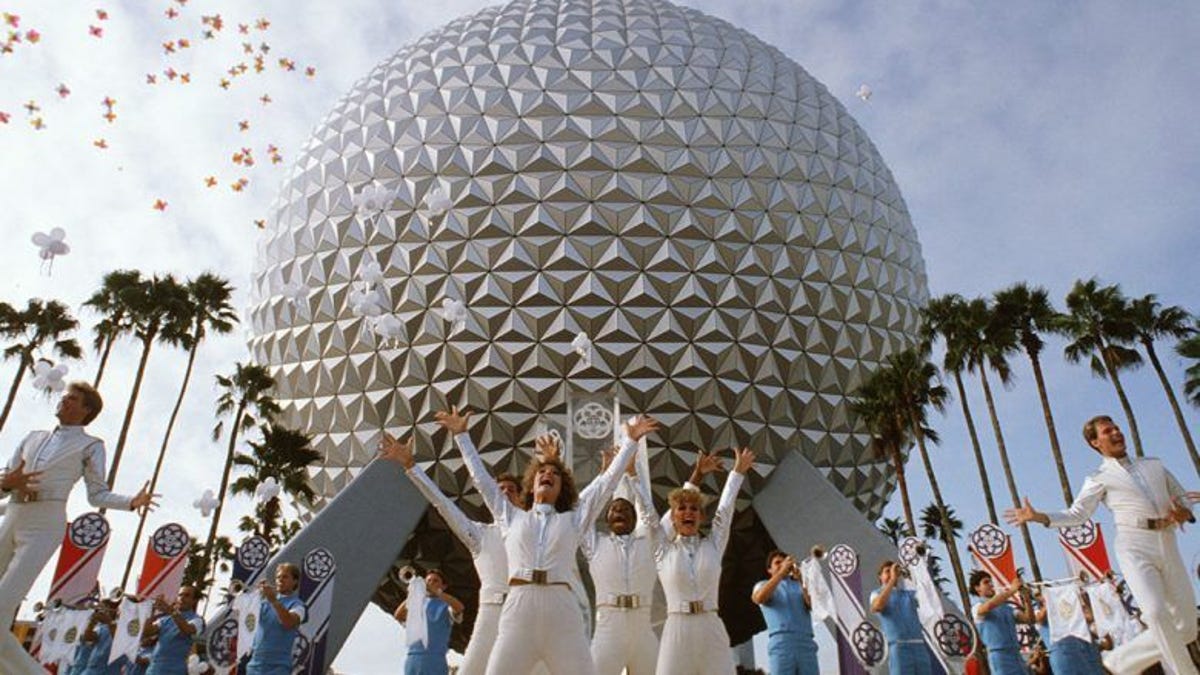 It was 1972. I was three years old. At the time, our nuclear family was me, my mom, and my dad, living in Queens. My brother had not been born yet, and it was a very early time for my immediate family and my formational memories. While I can’t remember the fine details of that period, I recall it as a happy time.

The family vacation that started it all

One of my earliest memories was our vacation that year to Florida and Walt Disney World, which had only been open for about a year. We stayed at the Polynesian Village Resort, one of the only two properties to first open at the park, the second being the Contemporary Resort.

I don’t remember much about the Polynesian in 1972, but I remember visiting the Contemporary.

The Contemporary was, for the time, an ultra-futuristic and state-of-the-art resort hotel, with a giant open interior space in which you could see all the floors in a “Grand Canyon” interior concourse. The park’s transportation system, the all-electric monorail, had a stop inside the concourse — you never had to leave the air-conditioned confines of the hotel to get on it.

Also: This hotel is using technology in a truly creepy way (but some will like it)

The original hotel had only 383 rooms within a single building (it expanded to 655), but to a three-year-old, it was gigantic and awe-inspiring. I haven’t been back in 50 years, but I remember it vividly.

This hotel was originally part of a great master plan by Walt Disney himself but was never fully realized, as he died of cancer in 1966 before the park had finished construction. According to his wishes, in addition to the theme parks, Walt Disney World was to contain the Experimental Prototype City of Tomorrow, where people lived and worked in utopian, futuristic bliss. EPCOT was to be the first “Smart City,” with amenities and automation that people could only dream of at the time.

Instead, we ended up with the perpetual world’s fair theme park we have today, celebrating its 40th birthday this week.

Disney’s futurism and the World’s Fair

Walt Disney’s prototype city was influenced by the design of the 1964-1965 World’s Fair, an exposition of the future of American industrial prowess: Consumer goods, transportation, technology, and the space age. It was held in New York City’s Flushing Meadows, represented 80 countries, and attracted 51 million people.

The Walt Disney Company (and Walt himself) was heavily involved in several exhibits, showcasing technologies it would later use in its parks.

My parents grew up not far from the site and had jobs there. During my childhood in the 1970s, my father brought me to view the remaining structures. These included the Unisphere (no doubt the inspiration for the EPCOT geosphere), the New York Hall of Science, and the New York State Pavilion with its giant, space-age coliseum-like ellipse and circular observation towers.

Ten years after the fair ended, as shown in the documentary Modern Ruin: A World’s Fair Pavilion, these buildings were already decaying and neglected, but they were still impressive.

Today we call this architectural style and aesthetic retro-futuristic design. This design ethos carried over to all aspects of Walt Disney World, including the monorail transportation system and EPCOT, which was built in the late 1970s and opened in the early 1980s with a (now defunct) Future World pavilion, which I also visited shortly after its opening as an adolescent.

The influence on a generation

Disney greatly influenced kids growing up in the 1970s, as we did not have as many entertainment choices on television as young children do today. The Wonderful World of Disney, a show broadcast on NBC during prime time on Sunday evenings from 7:30-8:30 PM, which featured cartoons and Disney films (often split into parts over multiple weekends), had an opening sequence starring Tinker Bell, with images of the park and brief conceptual images of EPCOT.

In retrospect, I recognize this as consumerist propaganda, but as a child, I was mesmerized by it. Every kid I knew watched this show religiously and, as a result, begged their parents to bring them to the park for vacations to the Sunshine State, whether they could afford to or not.

Disney World futurism and EPCOT’s early conceptual drawings undoubtedly influenced others. The domed city of Logan’s Run, featured in the 1975 dystopian Sci-Fi film (one of the first movies I ever recall seeing in a theater with my father), bears more than a passing resemblance to Walt Disney’s unrealized Experimental Prototype City.

Looking at EPCOT today, you can easily picture Michael York, Ricard Jordan, Jenny Agutter, and Farrah Fawcett — all of whom I had posters of as an adolescent — running among the geodesic dome and surrounding structures.

There’s also a lot of this aesthetic in other Sci-Fi movies and TV series of the 1970s and 1980s that children of my generation enjoyed. Glen A. Larson (producer of Battlestar Galactica, Buck Rogers in the 25th Century, and Knight Rider) was likely a disciple of Walt Disney’s futurism.

The influence is apparent in the works of others like Syd Mead, who did much of the conceptual designs behind Blade Runner, Aliens, and Disney’s Tron. And also, in the drawings of Ralph McQuarrie, who was one of the main influences behind the look of the Star Wars films, which of course, Disney would own and capitalize on decades later with its Galaxy’s Edge theme park.

If you look at how Apple’s “Spaceship” Cupertino headquarters was built, there’s some of the original Disney EPCOT in there, too — no doubt Steve Jobs was thinking about Uncle Walt in some way when he was planning for it.

Wowed by the technology

The futurist vision of Walt Disney World left an indelible impression on me long after that first family vacation; it occupies a foundational part of my memory and influences my life the same way watching old episodes of Star Trek does. My grandfather, Sid, introduced me to the series in early re-runs during the 1970s.

Although EPCOT never became the utopian future city Walt Disney wanted, it would be incorrect to say the theme park aspects cheapen the experience — if anything, they legitimized it.

In the eyes of a three-year-old, the cast members walking around the park in Mickey Mouse and Goofy costumes had nothing on the Tiki Birds or Abraham Lincoln animatronics.

I remember vividly my initial wonder of the Enchanted Tiki Room and the Hall of Presidents and how these things came alive.

The realism of the Audio-Animatronics bewildered me, but I knew — and understood — that they were synthetic and robots even then.

I recognized that what made them come alive weren’t actors in outfits but technology. And even at three years old, even though I did not understand what “careers” were or what people did in the technology field, I knew I wanted to make things like this or work with something like this when I grew up.

Why am I a technologist today? Undoubtedly the idea of it started with that family vacation fifty years ago. So to EPCOT, I wish you a happy 40th Birthday — and to Walt Disney World, a happy 51st.