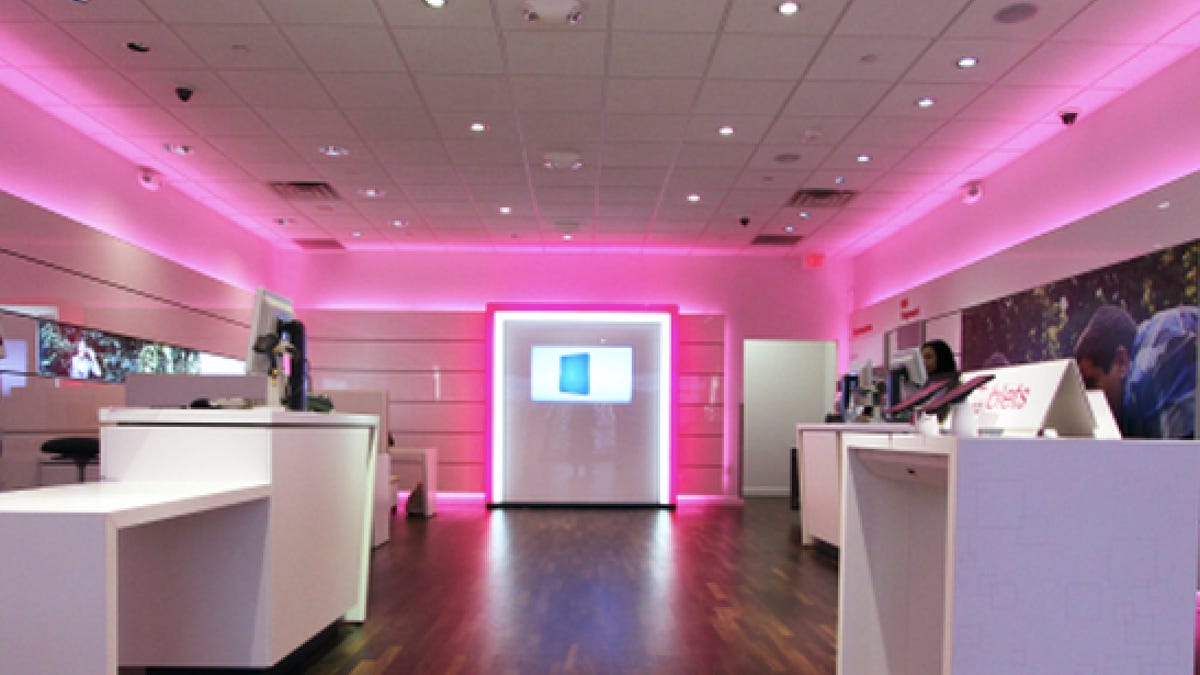 Technology has given us so much freedom.

Or, at least, tech CEOs like to think it has.

Among those freedoms, of course, is the freedom to chronicle our lives down to the very last millisecond. Because someone must be interested in it, surely.

Yet that life-chronicling can encounter certain hurdles. Your loved one, perhaps. Your best friends. Or even your employers.

He’s PrimeTime. On his own time

Let’s talk, then, about the chronicling of PrimeTimeJon.

Should you not be familiar with PrimeTime, he has a TikTok feed that generally celebrates T-Mobile and his small role in making it celebrated.

In the videos, he wears his T-Mobile outfit. He appears to shoot his works in the store where he’s employed.

In each of the videos, he played himself and the difficult customer. And each of them seemed to entertain his many thousands of followers.

I fear you may have anticipated what comes next.

Also: Verizon customers are more miserable than T-Mobile’s (or even AT&T’s)

The end of PrimeTime?

Recently, PrimeTimeJon posted another video in which he said it was all over.

Entitled The End of PrimeTimeJon, it began: “I’ve given T-Mobile and Sprint years of my life, man.”

He explained he’s worked 12-plus hour shifts, missed special occasions, and worked hard to close deals so that the store made a profit. He said he’d sometimes gone months without bonus. He’d used TikTok, he said “to express my creativity with my work.”

And now, well, he said he’d come into work, and things had turned uncreatively sour.

“The first thing I get is a phone call that says, ‘Yeah, you have to delete all your TikTok videos and you can’t make any videos going further.”

PrimeTime insisted all his videos were made off the clock.

“I get so much support from all phone providers, Verizon, Cricket, AT&T, T-Mobile, of course, everyone supports me,” he said.

He said district managers told him they love his content.

Suddenly, it seemed not to be everyone did.

“All I wanted to do was work with T-Mobile corporate and work with their social media team and move up,” he insisted.

Naturally, he received an outpouring of support. Comments in the thousands, likes in even more thousands. (Likes are easier.)

T-Mobile loves it, but doesn’t

I couldn’t help but wonder, then, what had happened. So I asked T-Mobile what PrimeTime had done wrong.

The first response from the company went like this: “After looking into this, this is a dealer employee. He has never worked for T-Mobile.”

I asked whether T-Mobile had, though, asked him to stop making his TikTok videos.

The response: “Because this person worked for one of our third-party dealers and was never one of our employees we’re not going to have anything to share on his employment status or on policies related to the content posted.”

I felt disturbed by this logic. It may well be that he worked for a dealer store, rather than for T-Mobile directly, but he did seem to have an inordinate enthusiasm for T-Mobile, and a certain ability to entertain people with his observations on phone store life.

One might imagine that, in the recent climate of somewhat full employment, T-Mobile might — at the very least — have tried to work with PrimeTime to achieve artistic expression that would be to everyone’s full advantage.

Time ticked on and the plot thickened.

Aha. This was about specific things that PrimeTime said, intimated, or did that may just have upset head office? It seems so.

The T-Mobile spokesperson added: “We love the enthusiasm here but some of the posts didn’t align with those brand guidelines.”

It’s hard not to love PrimeTime’s enthusiasm. He seemed, generally, to do a fine job of making many people believe T-Mobile is an entertaining brand.

Yet one can also imagine that the company may have struggled with his independent takes. PrimeTime isn’t the first employee to have discovered that creating work-related social media videos may create corporate problems.

A McDonald’s employee, for example, claim they were fired for going viral on TikTok. Actually, more than one, even though they say the video was entirely positive.

The making of work-related TikTok videos, you might think, seems to align with some people’s alacrity to publicly declare their salaries and sometimes regard their jobs with a relatively jaundiced eye.

The temptation to make videos seems to rise above any pause for employer-related concerns.

But back to T-Mobile. Wouldn’t the company want to find some way to capitalize on PrimeTime’s audience?

Well, this week he posted this to his TikTok: “More updates on my whole situation coming soon.”

You’re thinking, AT&T has hired him, aren’t you?