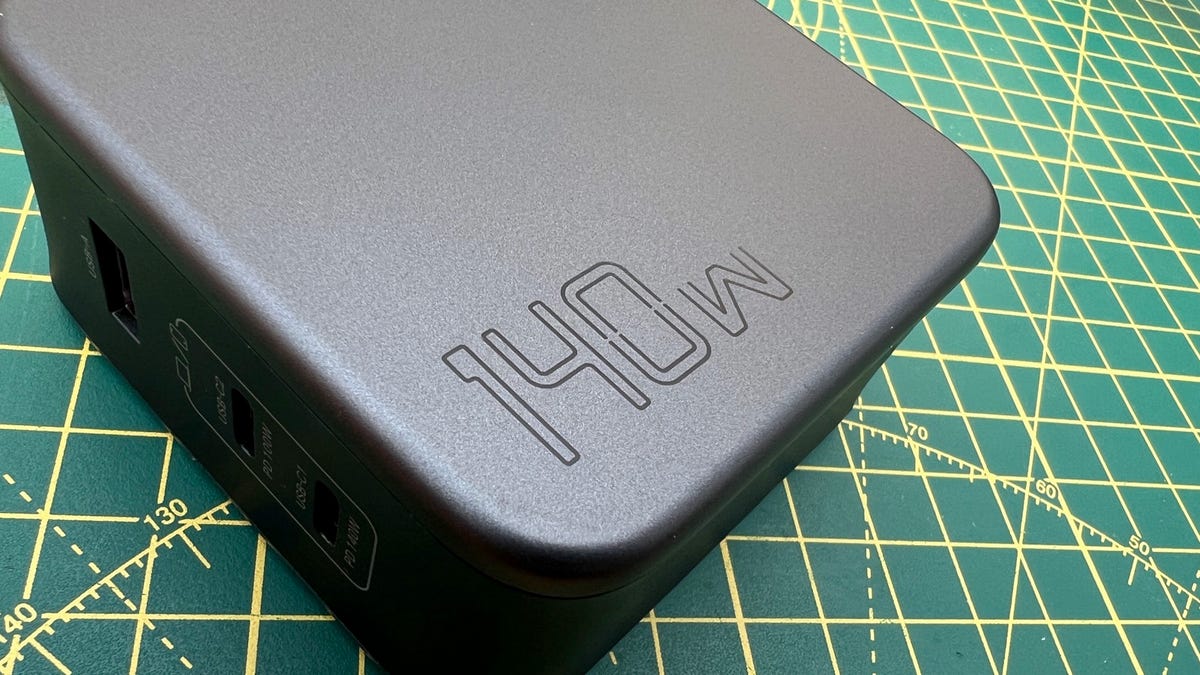 It’s not long ago that even the idea of a 140W USB-C charger was ludicrous. But once Apple put one to use for the 16-inch MacBook Pro, we knew that it wouldn’t be long until the big names in chargers followed suit.

If you have a laptop that needs 140W, then having a spare charger is handy. And if you don’t actually need the whole 140W from a single port, then a 140W charger with several ports allows for fast-charging several devices simultaneously.

If you want that kind of power, the new Ugreen Nexode 140W USB-C charger is the charger you need.

Also: This USB-C charger can power 4 devices at once and look good doing it

Physically, the charger is 22% smaller than the charger Apple ships with the 16-inch MacBook Pro, and that charger features a single USB-C port. The Nexode 140W has two USB-C ports and a single USB-A port, making it a lot more versatile than Apple’s charger.

Inside, the Nexode 140W charger is powered by a Gallium Nitride (GaN) technology. This allows for the charger to be smaller, more power-efficient, and run cooler than older chargers based on silicon technology.

You use less power, and the planet benefits.

Where all three ports are in use, the USB-A port delivers 22.5W, with the USB-C ports putting out 45W and 65W, respectively.

And yes, Apple’s 16-inch MacBook Pro sees this as a 140W charger (as long as you use Apple’s MagSafe cable), so you’ll have no problems fast-charging your MacBook.

I’ve pushed this charger hard to make sure that it lives up to the manufacturer’s hype, and I’m pleased to say that it does everything that’s promised, and thanks to the built-in ThermalGuard technology that scans the system 800 times a second, the charger can do this while remaining cool to the touch.

Also: Using the wrong USB-C cable can damage your tech

Also included with the charger is a 1.5 meter 240W nylon-braided USB-C to USB-C cable. This is a seriously good quality cable, but I wish it were marked with 240W somewhere because I fear it’s going to be consumed by the myriad of other cables I have.

Also: How to tell how fast your MacBook is charging (no meter required)

The Ugreen Nexode 140W USB-C charger is the first charger that I’ve been excited about for some time. Sure, it’s more expensive than Apple’s 140W charger, but it’s a lot more flexible, offering the power needed for cutting-edge devices, as well as legacy support for older devices happy with the lower power requirements of USB-A.