Let’s be clear: we face a climate emergency. The United Nations says the world needs to reduce emissions by 7.6% every year through 2030 to prevent potentially catastrophic global warming beyond 1.5°C – and producers and consumers of technology must step up to the plate and take affirmative action.

Estimates suggest the IT industry accounts for about 3% of global carbon emissions. And our continuing creation, consumption and storage of data is helping to push these emissions upwards. The most significant contributors of greenhouse gases in the IT sector are datacentres (45%), followed by communications networks (24%).

While the IT industry might not produce the levels associated with power generation, industry and transportation, the technology sector still represents a big chunk of global carbon emissions. What’s more, our ever-increasing reliance on IT – and its interrelation with other sectors such as power and manufacturing – means carbon emissions must be controlled.

The onus is on IT suppliers and the businesses that consume technology to do everything they can to slash emissions. But do CIOs understand the importance of sustainability? And are IT companies doing enough to help them deliver a cut in carbon?

Setting the context for change

Initial evidence is not promising. While UK boards recognise that greener technology can reduce their carbon footprint, sustainability is placed third from bottom in a list of technology priorities, according to the 2021 Digital leadership report from recruiter Nash Squared. Just one-fifth (22%) of UK digital leaders have reduced the carbon footprint of their own technology to any great extent.

For Bev White, CEO of Nash Squared, one of the key issues is that sustainability sometimes gets lost among a long list of competing business priorities. “Developing new products and services, finding new talent, keeping things secure – there’s so much coming at digital leaders right now,” she says.

However, White also recognises that a packed to-do list is no excuse for complacency. “Sustainability is on their lists. CIOs just need to move it up a little bit. And if you talk to boards, it’s at the very top of their agendas,” she says.

The explanation for this elevated position is simple. With growing pressure from governments, investors and customers, all organisations must help to address the climate emergency. As a result, sustainability will become a bigger issue for digital leaders.

“If you’re not paying attention to where your energy for your datacentres comes from and where your cloud providers are getting their energy from, you must recognise you can reduce your carbon footprint just by switching to energy-efficient and green providers. That notion of turning the cloud green is really important,” says White.

Thinking in a sustainable manner

This focus on sustainability is something that resonates strongly with Tate Cantrell, chief technology officer (CTO) at Verne Global, a datacentre company whose facilities are powered 100% by sustainable energy sources, including hydroelectric and geothermal energy in Iceland, which account for about 70% and 30% respectively of the country’s energy production.

Cantrell has already noted a shift in perception. This year’s rise in power costs across Europe means his firm’s cost-effective datacentre facilities have begun to look even more tempting to finance chiefs. Add in regulatory demands for sustainability and senior executives are even keener to explore their options for sustainable IT.

“We’ve seen a huge advancement in terms of corporate sustainability requirements and that’s now at the forefront in the decision-making process. It used to just be a cherry on top – now it’s more along the lines of ‘we have to do this’. People are suddenly starting to be called to account, and I believe it starts with the board,” he says.

“The board is holding the CEO accountable and saying, ‘Here are your targets, when are you going to be carbon neutral?’ And if it’s a company that’s doing high-intensity computing, they can’t just ignore the fact that the workloads they’re running now make up a tremendous amount of their carbon footprint. They have to take it seriously.”

Cantrell gives the example of BMW, one of Verne’s longest standing customers. He explains how the car manufacturer took a pioneering stance in the past that is paying dividends in the present. Other executives across a range of sectors are taking note, too.

“Ten years ago, BMW said, ‘Hey, we’re going to raise our hand and say datacentres are part of the raw material that makes up automobiles’,” he says. “Today, that way of thinking is proliferating across many industries. Whether you’re fully technical, a scientific research company or a financial services firm, the truth is that what goes on in the datacentre is a raw material that goes into your end products.”

Digital leaders at other enterprises are also considering their suppliers’ sustainability credentials. Spencer Clarkson, CTO at Verastar, has noticed that some of his major tech partners, such as Salesforce and Microsoft, are building sustainability into their offerings and attempting to increase transparency.

“For a lot of the products and services we provide to our customers, all our energy has been green-only for many years now,” he says. “We’re trying to be transparent with them on how we provide that service, whether we’re backing off to a third party, what that green footprint looks like, and what we’re doing.”

Verastar is a fast-growing company that provides eight essential services, from telecoms through to utilities and on to finance, across a range of areas to small businesses in the UK. Clarkson says environmental, social and governance (ESG) principles are crucial to his company and the clients it serves.

“We have programmes with the local community and various other workforce engagement schemes to try to help the local community,” he says. “Whether we’re planting trees or cleaning canals or doing things for care homes or having food bank support, we try to have a full 360-degree view as a business.”

Green IT forms an important part of that ESG agenda, too, so will sustainability considerations affect his firm’s procurement decisions going forward? Clarkson says it hasn’t in the past, but it’s starting to feature now – and that’s a trend that’s only likely to increase.

“I think, over the next five years, it will feature more in what we do,” he says. “One of the things that’s important here is simplifying our technology stack so that we don’t have 19 different ways of doing something. We want to consolidate and then think very hard about the vendor that supplies that single service.”

It is not just private sector firms that are thinking long and hard about sustainability – public sector organisations are taking affirmative action, too.

The council formed a strategic collaboration with Siemens in April 2017, when both organisations started thinking about how to boost the energy performance of the local authority’s buildings across a five-year period. Siemens provided what Briggs refers to as a “whole-systems approach” to analysing how technology could boost efficiency.

The first phase of the programme involved a widescale LED lighting upgrade. A total of 5,440 energy-efficient LEDs were installed across the city in nine months. The system reduced lighting loads by 76%, which saves the council £205,663 annually and has lowered carbon emissions by 437 tonnes each year.

Other energy-saving schemes include the introduction of three combined heat and power (CHP) installations. These CHP systems will be operational by 2025 to generate electricity and steam for power and heat on-site, saving the council £250,000 per year.

The focus on sustainability has produced big benefits. Projects across 11 public buildings in the city have reduced annual CO2 emissions by 1,415 tonnes, saving the council £628,258 in energy costs annually. Overall power consumption has decreased by 4,07,272kWh, while gas consumption has fallen by 2,864,974kWh.

“It’s that overall reduction in consumption that translates into cash savings,” says Briggs. “The net savings to us, even after the investment costs, are not insubstantial. And they’re based on 2020 prices, when energy markets were at rock bottom. These successes mean we’ve established a track record internally.”

What is clear, says Gisli Kr, chief commercial officer with atNorth, a Nordic datacentre specialist offering environmentally responsible services, is that a change in attitude is taking place. Speaking from the firm’s facilities in Iceland, he says sustainability is finally hitting the mainstream and green thinking must be at the centre of enterprise strategy.

“A few years back, sustainability officers were hired and it was kind of about putting a feather in the corporate hat,” he says. “Now, as the maturity is increasing, these C-level executives have managed to prove that a focus on sustainability has a positive impact on the bottom line for these organisations.”

Such has been the scale of the swing that Kr believes organisations that are not focusing on sustainability – with a set of practices to take these concerns into account – are going to be left behind.

“There is pressure from the consumers that use services and from suppliers and corporate customers that are now mapping out their supply chains. They’re saying, ‘You’re selling me materials – are you making sure your supply chain doesn’t infringe on our sustainability policy?’,” he says.

That’s a sentiment that chimes with Daniel Smith, head of analytics at Pangaia, a clothing company that is committed to reaching net-zero operations by 2025. While the IT industry could do more to ensure its environmental impact is reduced, he says most people in technology recognise the need for greener power for IT systems and services.

“I don’t think it’s hard to find partners that have a conscience,” he says. “I know it’s a cliche, but we’re all on a journey and we’re all at different stages. Most of us realise the impact we’re having on the planet and how we can be something that’s more positive.” 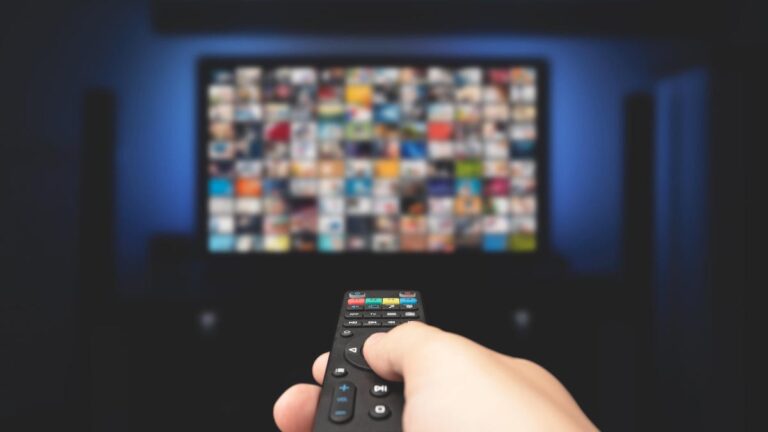 [ad_1] Features: 3 package options | Sports channels | AirTV 2 and AirTV Mini streaming devices Sling TV has an à la carte approach to channels that separates it from its competitors and makes it our top overall pick. While the others tend to offer only one or two packages, Sling TV offers three basic packages —… 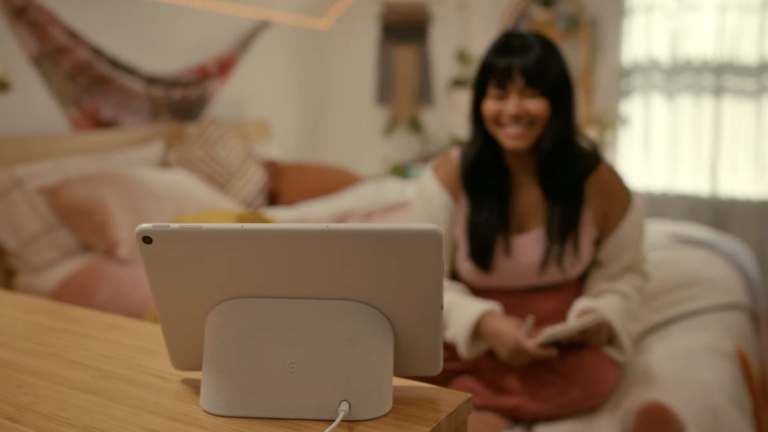 [ad_1] Google Google has talked about its Pixel Tablet before, and at its Made by Google hardware event today, the tech giant shared some more details about the device, including that it will have a charging speaker dock.  The dock will give the tablet more functionality, allowing you to use manage your smart home in… 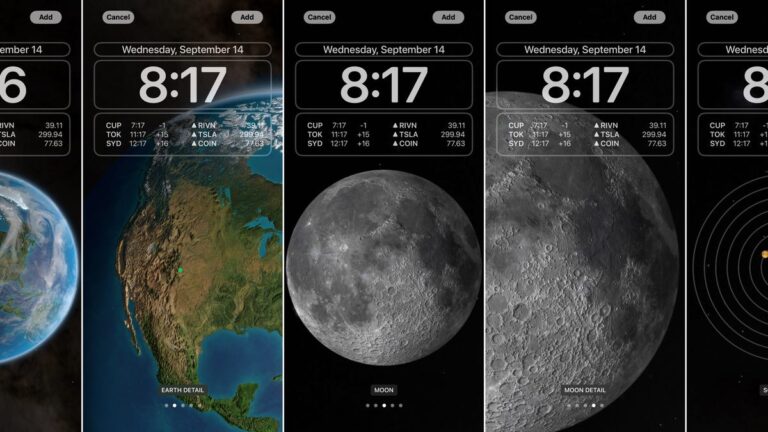 [ad_1] Starting with iOS 16, your iPhone’s lock screen is so much more than just a long list of alerts and a clock stacked atop your wallpaper. You can now customize the first screen you see every time you pick up or wake your iPhone, including the font and color used for the clock. You’ll… 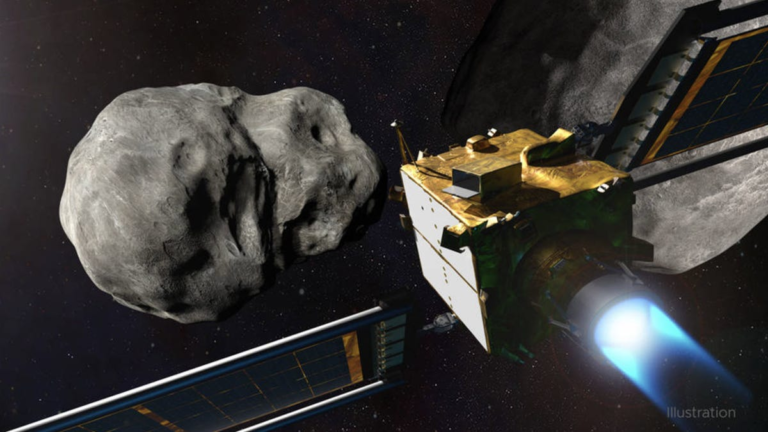 [ad_1] Image: NASA NASA has completed its first ever attempt to shift an asteroid as part of its planetary defense strategy. NASA’s DART probe — a.k.a. the Double Asteroid Redirection Test — was taking aim at Dimorphos, a smaller “egg-shaped” asteroid orbiting its much larger companion Didymos. Neither posed a threat to Earth, but NASA…

[ad_1] Microsoft’s September Patch Tuesday update arrived on schedule late on 13 September, and this month contained five critical common vulnerabilities and exposures (CVEs) and one actively exploited zero-day, among a total of 64 bug fixes. The zero-day, tracked as CVE-2022-37969, is a privilege elevation vulnerability in Windows Common Log File System Driver. It…