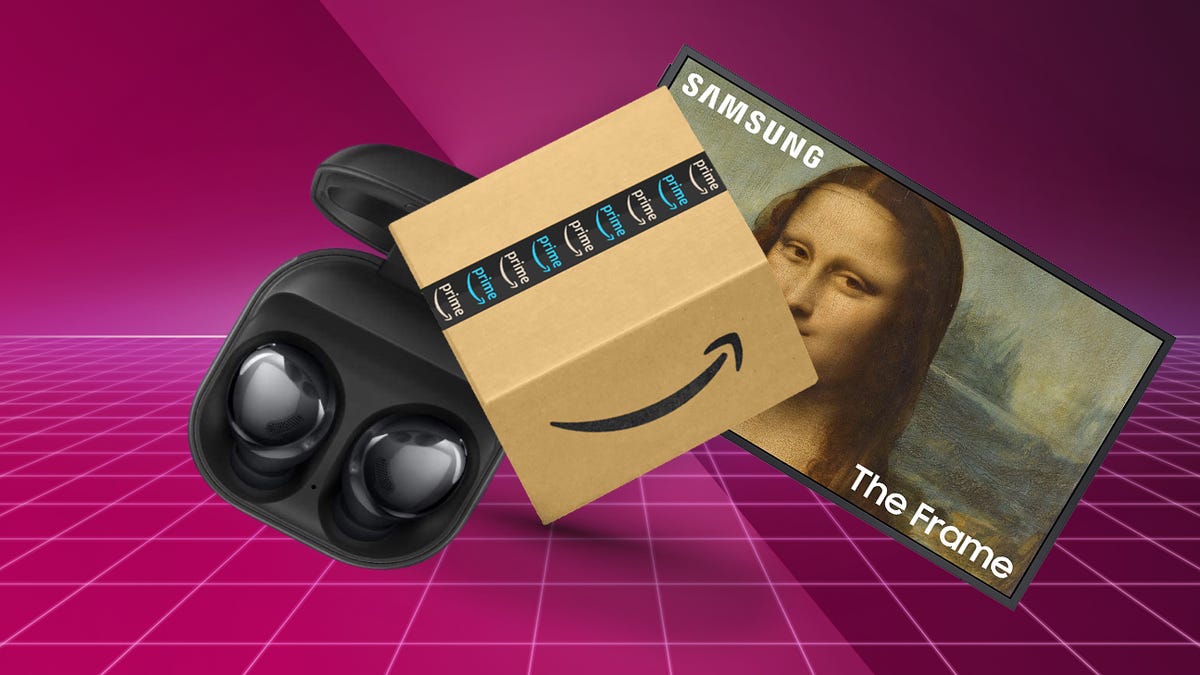 Also: What is Amazon Prime Early Access Sale and when is it in October?

In competition with Amazon’s October Prime Day, Samsung is also hosting a deal-a-thon of its own. Samsung is offering hundreds of dollars worth of markdowns on popular phones, TVs, tablets, and home appliances.

We rounded up the best Samsung deals, so you can save time and money during Amazon’s October Prime Day.

The best Samsung deals on Amazon for October Prime Day

The top three deals are below, but we’ve listed additional Amazon deals worth checking out further down the page, and we’ve highlighted other great finds at non-Amazon retailers, such as Target and Best Buy, too.

THERE ARE SEVERAL MORE SAMSUNG DEALS BELOW.

Branded as a foldable smartphone with hands-free usage, this 512 GB phone is perfect for taking notes and long video calls. The device features Bluetooth connectivity for the Galaxy Watch and Buds, and you can also pick up the S pen for all your note-taking needs. If you’re looking for a big screen but don’t want the bulkiness, then this foldable phone may be the perfect choice for you. Add it to your cart during October Prime Day to save $470.

This Gaming Monitor is Samsung’s largest, with a curve to match the human eye’s natural field of vision. You can fully immerse yourself in any game you play. The monitor’s ultra-wide panel is as wide as two QHD monitors and brings your fantasy world to life with cutting edge QLED tech. With core color customization, this monitor can match every aspect of your gaming setup. Save $400 by adding it to your Amazon cart during the Early Access Sale.

When you’re not watching this QLED 4K TV with built-in Alexa, it becomes an art display of your photos or art from Samsung’s Art Store. You can customize the TV’s frame to complement your home decor, and the Slim Fit Wall mount hangs on your wall so unsuspecting guests wouldn’t know it’s a television. Samsung’s ‘The Frame’ TV is 20% off during Amazon’s October Prime Day.

Samsung’s Galaxy Tab A8 comes with a 10.5-inch display and up to 128GB of storage. The tablet also features fast charging via USB-C and connects seamlessly with other Galaxy devices. You can video chat with family and friends, or stream your favorite TV shows on the LCD screen. Bonus: you’ll also get free access to Samsung TV Plus.

Here are the latest Amazon Prime Early Access Sale deals we could find on Samsung devices:

Best Samsung deals not at Amazon

Target, Walmart, and other retailers are running competing sales at the same time as Amazon Prime Early Access Sale. ZDNET is keeping an eye on those sales and plans to include the top deals on Samsung devices from them.

ZDNET only writes about deals we find worthwhile — particularly devices that we would recommend. Our experts looked for exclusive deals on popular products. Our experts find the best deals by spending time comparing prices and searching online for the best discounts and price drops.

We also take customer reviews seriously to understand what matters most to real people who already use the products. In addition to extensive research and price comparisons, our recommendations are also based on reviews from other ZDNET experts. Our goal is to deliver helpful advice, so you can make the most informed decision.

Amazon’s October Prime Day offers shoppers early access to deals ahead of the winter holidays, particularly before Black Friday sales. Although its name is not actually “Prime Day,” it’s similar. It’ll last for two days and is limited to Prime members.

ZDNET has been scouring the sale to find the best deals by category:

And we’re rounding up the best deals under $20: